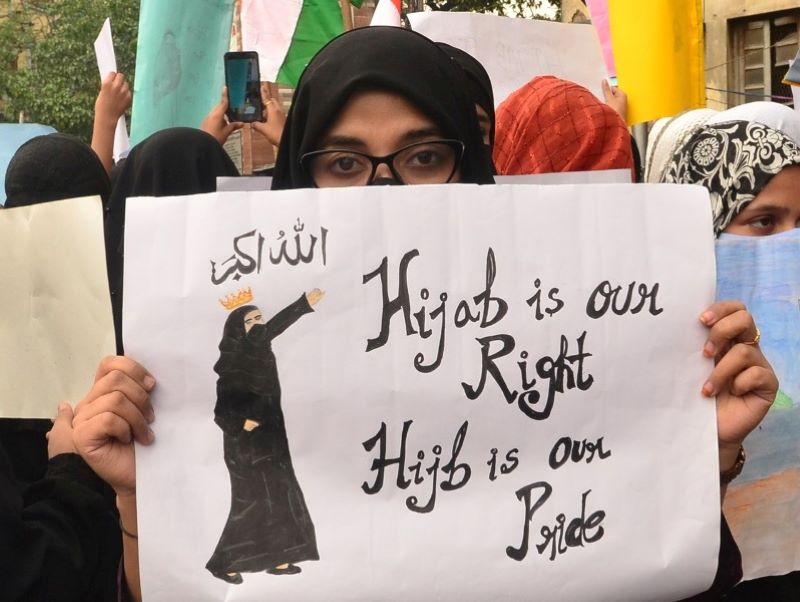 Hijab not essential for religious practice, rules Karnataka HC in a blow to protesting students

Bengaluru/IBNS: The Muslim students protesting against a ban on wearing hijab or head scarfs inside classrooms in schools and colleges on Tuesday received a blow by the Karnataka High Court, which ruled out the necessity of any such piece of cloth to practice the Islamic religion, media reports said.

"Wearing hijab is not an essential religious practice," the high court ruled after the row over the diktat entered into the courtroom.

The court announced the verdict on petitions challenging the ban filed by students amid tight security enforced by the administration.

The row had started in January as students at a school in Udupi district of Karnataka refused to remove headscarves and stop their use despite requests from teachers.

The Karnataka government had told the court that there is no restriction on wearing hijab in India except reasonable restrictions subject to institutional discipline.