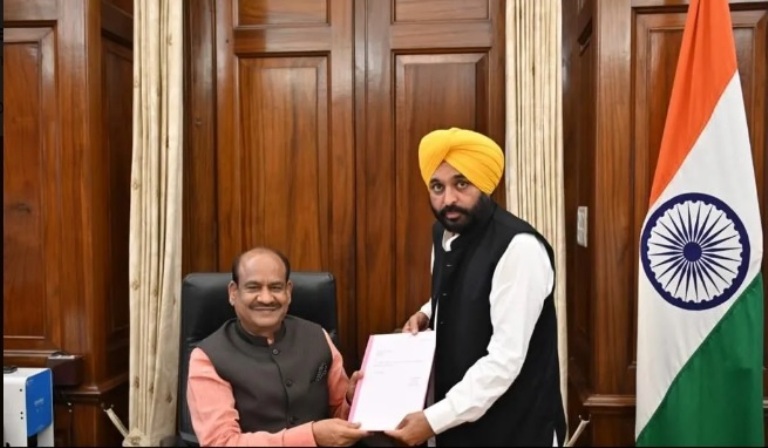 He was an MP from the Sangrur constituency in Punjab since 2014.

"The people of Sangrur have showered me with so much love for many years, many thanks for this. Now I have got an opportunity to serve the whole of Punjab. I promise to the people of Sangrur that in a few months, their voice will be heard again in the Lok Sabha," he said in a post in Koo.

The Aam Aadmi Party swept Punjab winning a spectacular 92 of 117 seats leaving the Congress with only 18.

Mann had earlier announced that he will take the oath of office not at the Raj Bhawan but the ceremony will be held at Khatkarkalan in Nawanshahr district, the ancestral village of freedom fighter Bhagat Singh.

"The oath-taking ceremony will not be held at Raj Bhawan, but at Khatkarkalan. The date will be announced later," he had said in his victory speech in Dhuri, where he won by over 58,000 votes.

He has invited Delhi Chief Minister and AAP national convenor Arvind Kejriwal to the oath-taking ceremony.

Mann Saturday met Punjab Governor Banwarilal Purohit on Saturday morning and submitted his claim to form the government in the state.