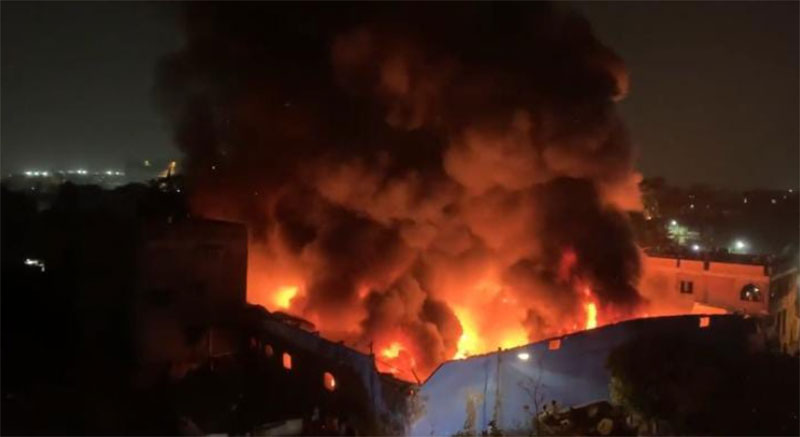 Kolkata/IBNS: A massive fire broke out in a tannery at Meher Ali Lane under Tangra Police Station limits in Kolkata on Saturday evening.

According to reports, the fire was first seen at around 6:30 pm, and it quickly engulfed the entire area of the tannery.

As many as 15 fire tenders, local police and Disaster Management Group (DMG) personnel rushed to the scene, and firefighting operations are currently underway. 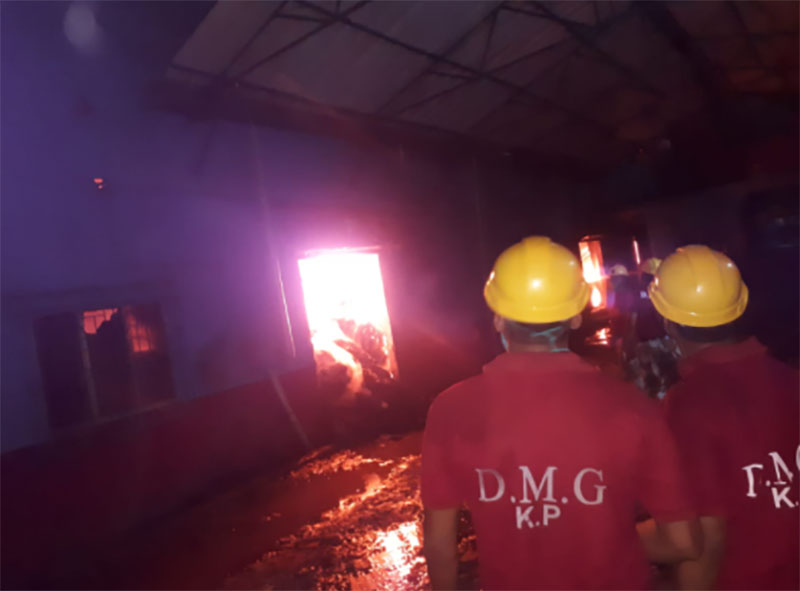 State Fire and Emergency Services officials said inhabitants of the adjacent shanties have been evacuated.

A police official said two Fire Brigade personnel received an injury during the firefighting operation and have been admitted to NRS Hospital.

A senior Fire service official said it may take hours to bring the fire under control as several inflatable objects are reportedly stored inside the tannery.

"After dousing the fire, we will investigate into the cause of the massive blaze," the official said.