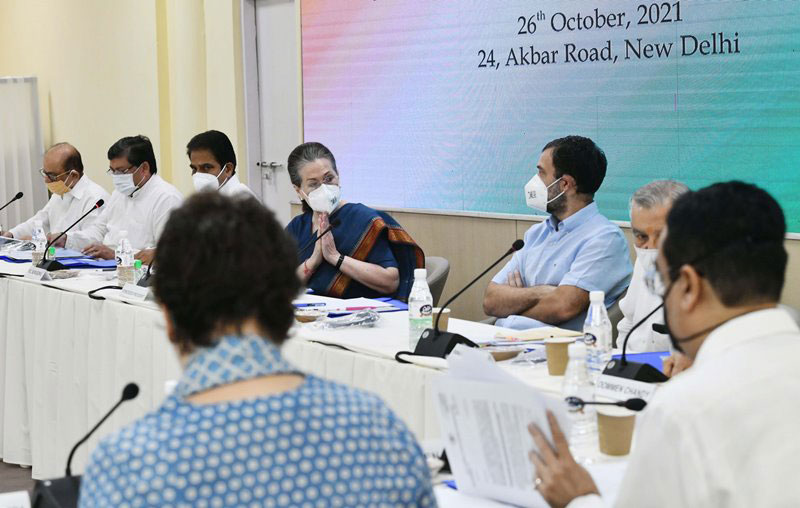 New Delhi: The Congress Working Committee (CWC) will meet here on Sunday, days after the party put up a poor show in the Assembly polls held in several Indian states in recent days, sources told UNI.

Sources said leaders are being contacted to see how many of them will be available in Delhi and will attend the meeting in the evening.

It will follow the party's Parliamentary Strategy Group meeting at president Sonia Gandhi's residence at 10.30 am.

The meeting comes after the party faced humiliating defeat in all five assembly polls.

While the ruling BJP retained power in four of the states - Uttar Pradesh, Uttarakhand, Goa and Manipur, and Aam Aadmi Party swept Punjab.

Clamours have started once again demanding organisational reforms, including holding elections for the post of president.

Senior leaders of the party who have come to be known as the G-23, a group of leaders which has been demanding organisational elections to be held, met here on Friday night, a day after the states elections results were announced, and were expected to raise the issue again at the CWC meet.

Party leaders, including Manish Tewari, Kapil Sibal and Ghulam Nabi Azad, who have from time to time demanded that organisational polls be held, met at the residence of Azad in Delhi on Friday.