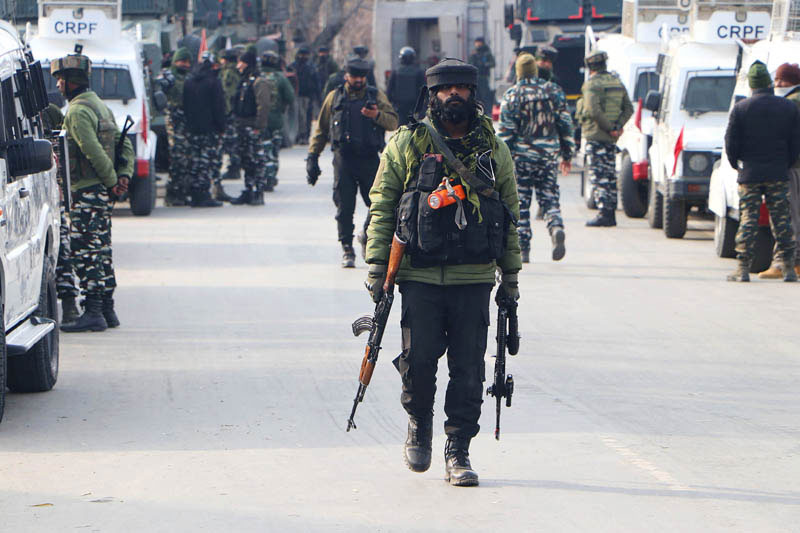 Jammu and Kashmir: Four terrorists, including a Pakistani national, killed in encounter

A militant has also been arrested during one of these encounters.

The gunfights took place in Pulwama, Ganderbal and Kupwara districts of Kashmir. Inspector General of Police Kashmir Vijay Kumar said security forces had launched joint operations at 4-5 locations on Friday night and two militants each belonging to the Jaish-e-Mohammad and Lashkar-e-Toiba have been killed in the gunfights.

"So far 2 terrorists of JeM including 01 #Pakistani killed in #Pulwama, 1 terrorist of LeT killed each in #Ganderbal & #Handwara. Encounters over in Handwara & Pulwama. Also arrested 01 terrorist alive," IGP Kashmir was quoted in a police tweet.

The first encounter broke out at Chewakalan area of Zadoora, Pulwama on Friday evening in which two militants of Jaish were killed.

The other two encounters broke out at Ganderbal in central Kashmir and Rajwar forests of Handwara in Kupwara district.

Police said one militant each of Lashkar have been killed in these two encounters.

The encounters are taking place at a time when security forces have stepped up anti militancy operations across Kashmir after the targeted killings.

On Friday evening a Sarpanch was shot dead by militants in south Kashmir's Kulgam.