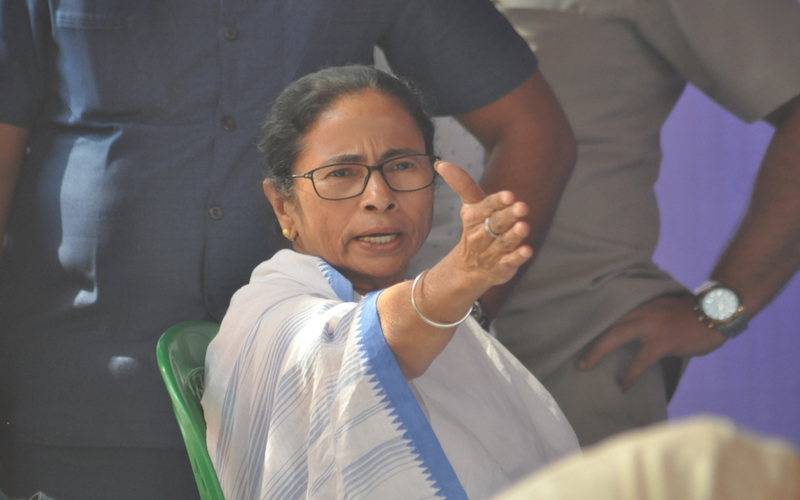 All regional parties should be united: Mamata Banerjee after Congress' disastrous election result

Kolkata/IBNS: West Bengal Chief Minister Mamata Banerjee on Friday once again pitched in the idea of a unity of all regional parties after the Bharatiya Janata Party (BJP)'s victory in four states and Congress' disastrous poll performance.

Speaking at the assembly, Banerjee, who heads the Trinamool Congress (TMC), "Nothing will happen depending on Congress... All regional parties should be united."

"I want all opposition parties to be united. Even if they exclude me, no issue, let them be together," she added.

Besides putting up a poor show in Uttar Pradesh, Uttarakhand, Goa and Manipur, the Congress has been routed out of its bastion Punjab where the Aam Aadmi Party (AAP) on Thursday registered a landslide victory.

Snubbing the BJP's sweeping victory in the country's most populous state Uttar Pradesh, the TMC has alleged votes were "looted" to defeat the Samajwadi Party (SP), for which Banerjee had campaigned.

"Akhilesh has improved his vote and seat share while the BJP's tally went down by 54. There were so many complaints over EVM and one DM was also suspended. There was vote loot. There should be forensic tests of the EVMs," she said.

Reacting to her party drawing a blank in the Goa elections, Banerjee said, "We have got six percent votes in just three months. It is more than enough."