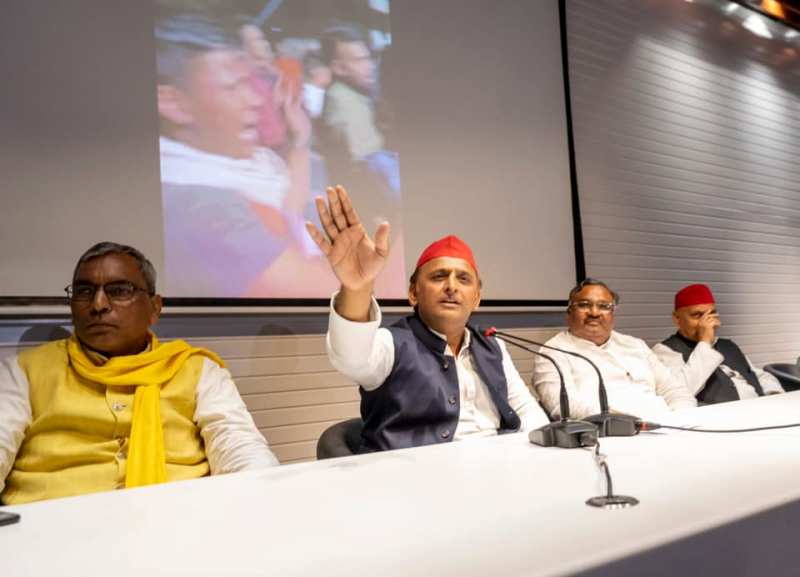 Lucknow/IBNS:  Electronic Voting Machines (EVMs) were stolen from a counting centre in Uttar Pradesh's Varanasi just two days before the counting of votes, Samajwadi Party leader Akhilesh Yadav alleged on Tuesday, claiming there is video proof of the theft.

Akhilesh Yadav, in a press conference, said videos showed EVMs were left unprotected at a counting centre in Varanasi.

He alleged that those EVMs were taken away in three trucks, of which one was intercepted by Samajwadi Party workers.

The State Election Commission has, however, not responded to the allegations by the Samajwadi Party.

He dismissed the local administration's counter-argument that the EVMs seen in the videos were "meant for training purposes".

A day after exit polls predicted a victory for Yogi Adityanath-led BJP in Uttar Pradesh, Akhilesh Yadav also alleged that these polls were just a cover for the "theft of EVMs".

"Who's paying for the exit polls?" the former Chief Minister questioned.

"I have often said the UP election is the final battle of democracy. After this, it will take a revolution to defeat the BJP. If we have to go to court we will do it but I appeal to all of you and to all like-minded people who want to save democracy to come out and help," the Samajwadi Party leader said.

The Yogi Adityanath-led BJP is likely to achieve a second straight win in Uttar Pradesh, according to the exit polls.

An aggregate of four polls gives the BJP and its allies 231 of the state's 403 seats where the majority mark is at 202. The exit polls predicted that Akhilesh Yadav's Samajwadi Party would be limited at around 140-plus.