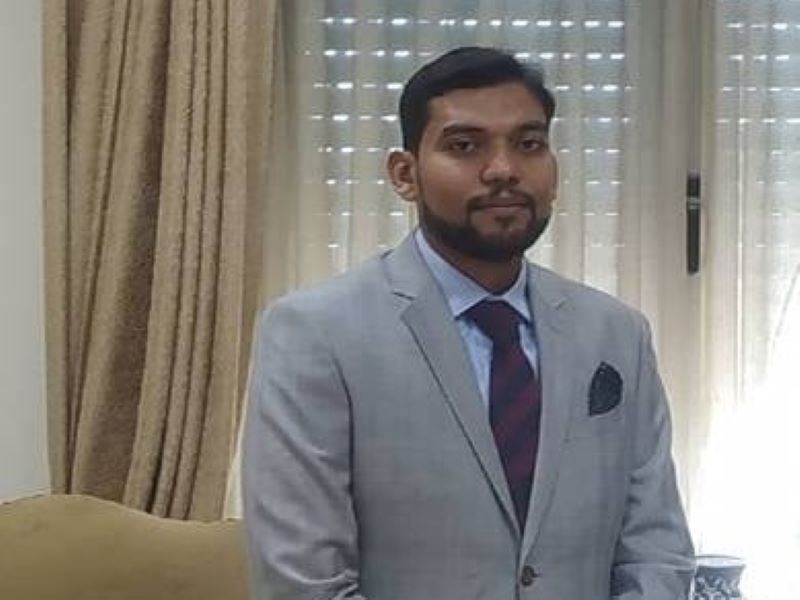 New Delhi/UNI: India's Representative to Ramallah, Mukul Arya, an IFS officer of the 2008 batch, was found dead inside the embassy premises in the Palestinian city of Ramallah on Sunday.

External Affairs Minister S Jaishankar expressed shock at the young diplomat's passing away. The EAM said in a tweet: “Deeply shocked to learn about the passing away of India's Representative at Ramallah, Shri Mukul Arya.

“He was a bright and talented officer with so much before him.

“My heart goes out to his family and loved ones. Om Shanti.”

Palestinian President Mahmoud Abbas and Prime Minister Dr. Muhammad Ibrahim Shtayyeh have ordered an immediate probe into the cause of death.

Arya had presented his credentials to President Mahmoud Abbas on June 16, last year.

He was earlier the second secretary at the Indian embassy in Kabul.

He had served at the Permanent Delegation of India to UNESCO in Paris and also at the Indian embassy in Moscow.

The Ministry of Foreign Affairs and Expatriates in a press statement said they received with “great astonishment and shock the news of the death of the Ambassador of the Republic of India to the State of Palestine, Mukul Arya”.

“The Ministry of Foreign Affairs and Emigrants is conducting its official contacts with the Indian Foreign Ministry to complete the arrangements for transporting the body of the deceased ambassador to the Republic of India for his burial.

“As soon as this painful news arrived, immediate instructions were issued from President Mahmoud Abbas and Prime Minister Dr. Muhammad Ibrahim Shtayyeh, to all the security, police and public authorities, in addition to the Ministry of Health and Forensic Medicine, to immediately move to the place of residence of the Indian ambassador, to closely monitor the case of death, and that all parties are fully prepared to do what is required of them in such difficult and emergency circumstances.”