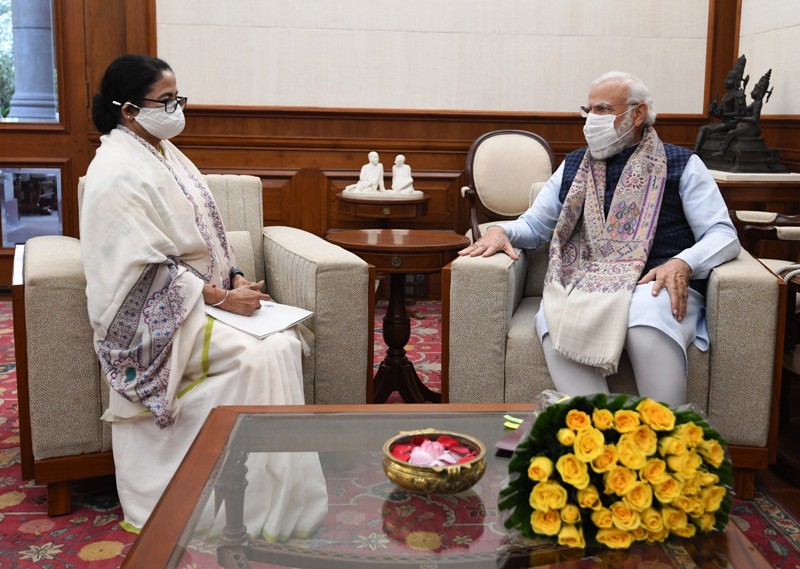 Kolkata/IBNS: Keeping the political differences aside, West Bengal Chief Minister Mamata Banerjee on Monday offered an "unconditional support" to Prime Minister Narendra Modi over India's stand on the war between Russia and Ukraine.

In a letter to the Prime Minister, Banerjee also sought an all-party meeting on the international issue.

She wrote, "I would request you to accept my unconditional support during the ongoing international crisis and (wish to know) whether you would like to have an all-party meeting now for consolidating our national resolve to come out of the crisis with our head held high."

"As the largest democracy on the planet, India must take the lead to offer a peaceful solution to the world, and we must offer it, undaunted and unhesitant," the Chief Minister added.

So far, New Delhi has taken a neutral stand on the issue besides giving a call for an immediate cessation of violence and hostilities, which was also conveyed by Modi to Russian President Vladimir Putin.

India had also abstained from voting on a UNSC resolution condemning Moscow's invasion of Ukraine.

Modi on Monday decided to send four key ministers of the government to the neighbouring countries of Ukraine to coordinate the evacuation mission and help students stranded amid the war between Moscow and Kyiv, sources said.

Minister for Housing and Development Hardeep Puri, Minister for Civil Aviation Jyotiraditya Scindia, Minister of Law and Justice Kiren Rijiju and Former Army Chief and MoS for Road Transport and Highways Gen V K Singh will be going for the mission.

The decision was taken in a high level meeting on the Ukraine crisis chaired by the Prime Minister.

He assured that ensuring safety of Indian students stranded in Ukraine and their evacuation is the government's top priority.