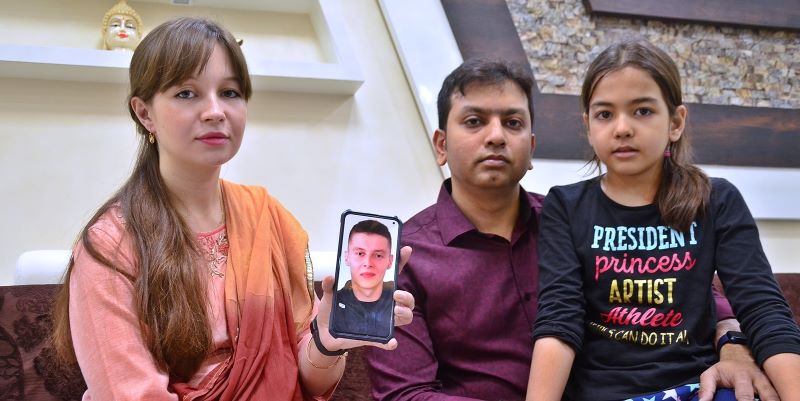 Though the western Ukraine is still comparatively safer, Irina, married to a Bengali doctor in Kolkata, is wary of her brother Sergei who is busy doing his duty as an Army officer against the Russian onslaught.

As IBNS interacts with Irina at her home in Dum Dum, which is located in the extreme north of Kolkata, the woman expresses her anxiousness over Sergei's security in the war-torn country, where Russia is advancing at a rapid pace.

Sergei, 27, is now busy with the Ukrainian Army to resist the Russian force, which is set to overwhelm any kind of resistance in the capital city of Kyiv.

"My brother has gone to save the country. From here (Kolkata, India), I can only pray to God," said Irina, who didn't expect the war like many others.

Sergei, as Irina says, is with his family in Ukraine where several people have been kept in bunkers to avoid the Russian Army.

Days after Prime Minister Narendra Modi asked Russian President Vladimir Putin to refrain from war in Ukraine, Irina pins hopes on India's most popular leader in dousing the flame of this volatile situation.

"Prime Minister (Narendra Modi) is a good friend of Putin. Don't know if he (Modi) will be able to make Putin understand...," she said despite believing the Russian President "works as per his terms". 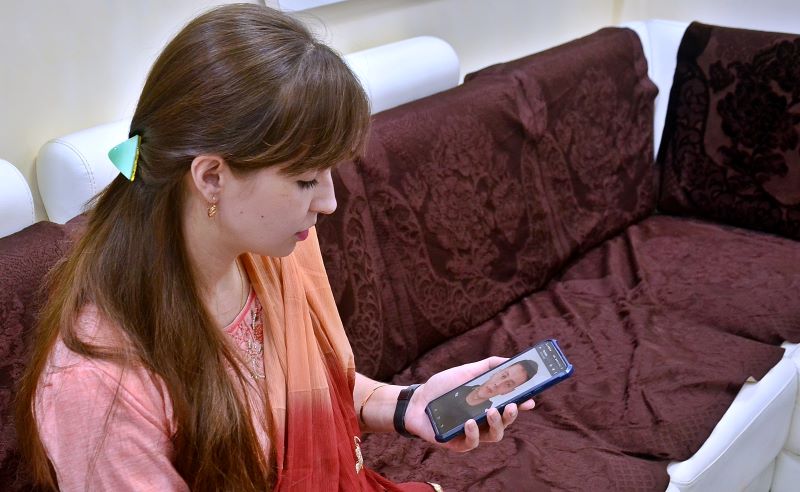 President Putin announced the military action early in the morning on Thursday, after weeks of tense buildup, and attracted widespread condemnation from leaders across the world.

Residents and communities across the country were gripped with "severe panic" as Russia on Thursday launched what Ukraine said was a "full-scale attack" against its neighbour, with cities bombarded from the air and forces fighting on the ground.

(Images and Inputs by Avishek Mitra/IBNS)