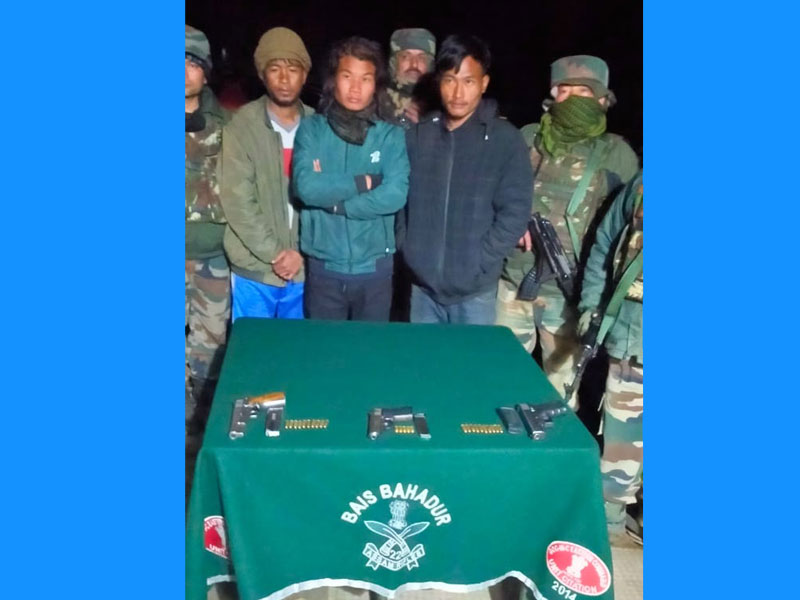 According to the reports, Jwalamukhi Battalion of Headquarter 22 Sector Assam Rifles under the aegis of Headquarters Inspector General Assam Rifles (East), apprehended 3 active cadres of KRA with three 9mm pistols, 25 live rounds and two mobile phones in Kangchup in Kangpokpi district of Manipur on Feb 25.

The operation was carried out by COB Kangchup of Jwalamukhi Battalion.

The mobile checkpost stopped 3 suspected vehicles and while carrying out search, apprehended the cadres near Singda Dam.