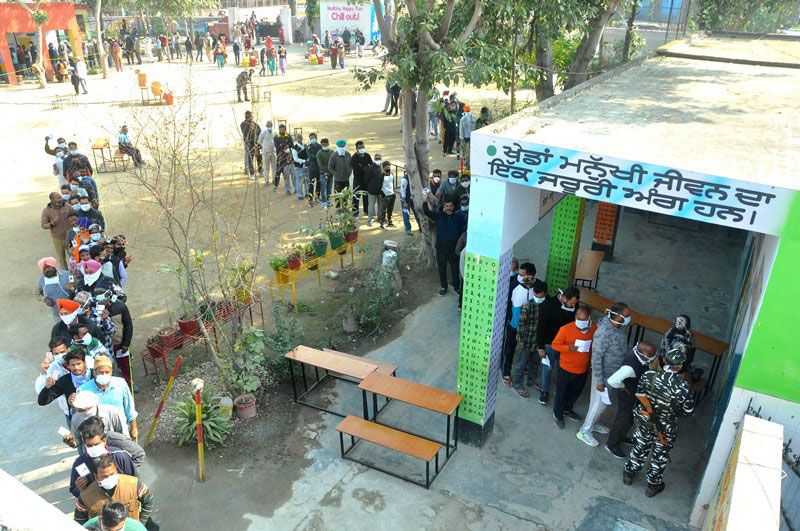 Chandigarh/IBNS: The final voting figures in Punjab has turned out to be  4.3 per cent more than the tentative figures announced by the Election Commission at 5 pm on Sunday.

While the provisional turnout figure at the end of Sunday's voting was 65.32 per cent, the revised number announced on Monday was 69.65 per cent.

This is also the lowest figure since 2007 and the gap in the tentative and final voting figures is also unprecedented. Mostly, the figures differ by 1 per cent.

According to the final figures, the turnout was particularly low in areas where Arvind Kejriwal's Aam Aadmi Party claimed to have a solid support base.

The constituencies which had sitting MLAs from AAP have all shown a dip in polling, ranging from 2.3 per cent to over 9 per cent.

Punjab voted to elect representatives for all the 117 Assembly constituencies in this border state on Sunday.

A total of 1,304 candidates were in the fray this time. Counting of votes would take place on March 10.