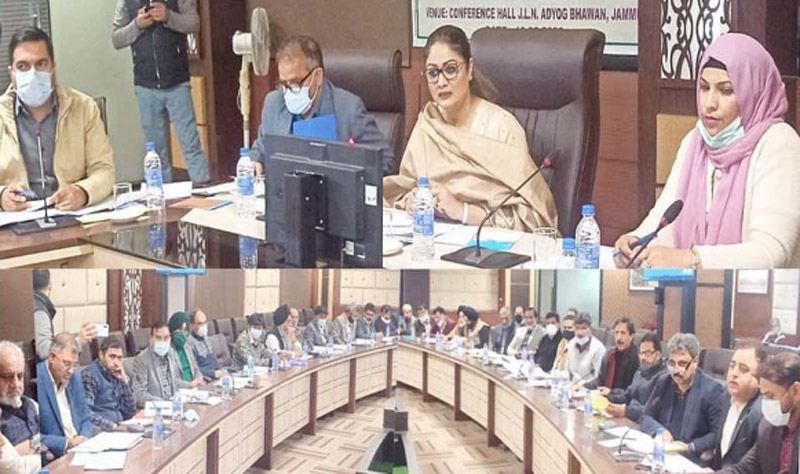 Speaking on the occasion, Vice-Chairperson stated that for the last three years the Board has expanded its activities through every nook and corner of J&K and released margin money (subsidy) of Rs 400.49 crore, against a loan of Rs 1201.44 crore, resulting in the creation of direct/indirect jobs to 139964 persons for the last three years.

She further stated that J&K KVIB is rendering yeoman service in the creation of employment avenues for educated unemployed youth, poor, down-trodden and weaker sections of the society.

VC asked the representatives of various banks not to reject cases on flimsy grounds and release the first instalment as early as possible so that the margin money (subsidy) can be released well in time.