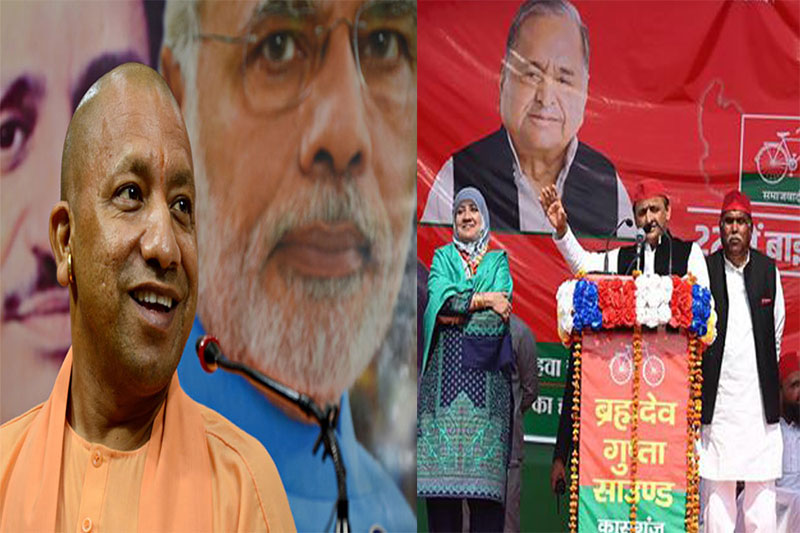 Lucknow/UNI: Unlike the first two phases of elections in western Uttar Pradesh and Rohilkhand that were largely defined by the Muslim-Jat equation, the areas going to polls on Sunday are diverse in their demographic realities.

According to political observers, it will be interesting to see if the ruling party's “new Mandal politics" still calls the shots or it has been breached by Akhilesh Yadav's “new Samajwadi Party".

So, the Lodh OBC voting pattern in the constituencies of Etah and Kasganj and those of the Mauryas, Kushwahas, Shakyas and Sainis in the traditional Yadav land of Firozabad, Mainpuri, Etawah, Auraiya and Kanpur Dehat will be crucial.

The non-Yadav OBC and the Dalits will also be the big deciding factor in the five districts of Jalaun, Hamirpur, Mahoba, Jhansi and Lalitpur in Bundelkhand.

In all, 13 out of 19 seats of Bundelkhand will be voting in phase III. Four seats of Banda and two in Chitrakoot will also go to the polls in phases four and five on February 23 and 27, respectively.

In the districts of Kannauj, Farukhabad and Kanpur, the BJP will hope to continue with its hold depending upon the traditional upper castes and the MBC and the most Dalit factor.

The region will, however, be a test for the so-called “Brahmin factor”, given the allegations of “Brahmin discrimination” under the Yogi Adityanath rule.

Vikas Dubey, the gangster who killed nine policemen, was from Kanpur.

Dubey's subsequent killing in a police encounter saw a lot of Brahmin politics being played out.

The campaigning for phase 3 saw increased emphasis by the BJP on two fronts. 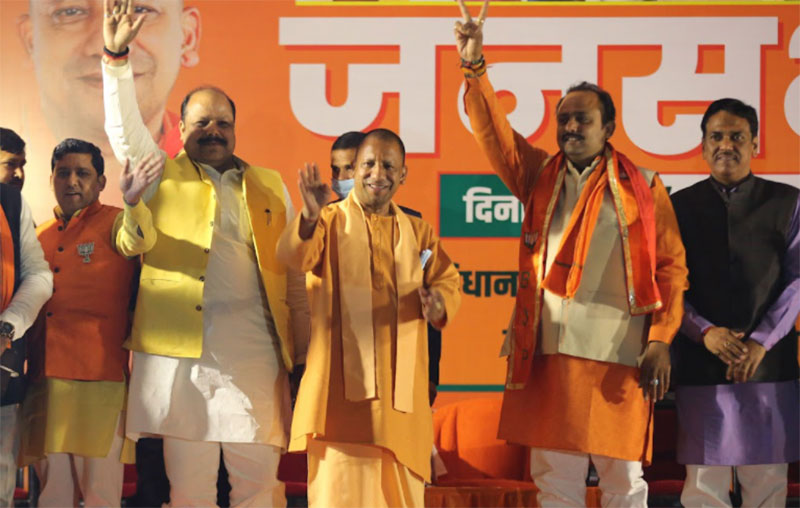 One, the law and order situation and the alleged lawlessness associated with the Samajwadi Party's rule, which by default also builds the perception of domination of the Yadav caste, which undeniably and firmly stands with Akhilesh Yadav.

The second was on the implementation of the welfare schemes and the development work done under the Yogi government's rule.

The “double-engine government" growth claims, about which both Prime Minister Narendra Modi and Chief Minister Yogi Adityanath have been aggressively talking also converges on the very crucial new beneficiary class or the “labharthies”, a group of economically deprived and the poor who mostly come from the MBC and the Dalit subcastes.

In this region of Bundelkhand and central UP, which has been lagging behind on development and prosperity, the “labharthies” and the big development focus can therefore continue to be a game-changer for the BJP. 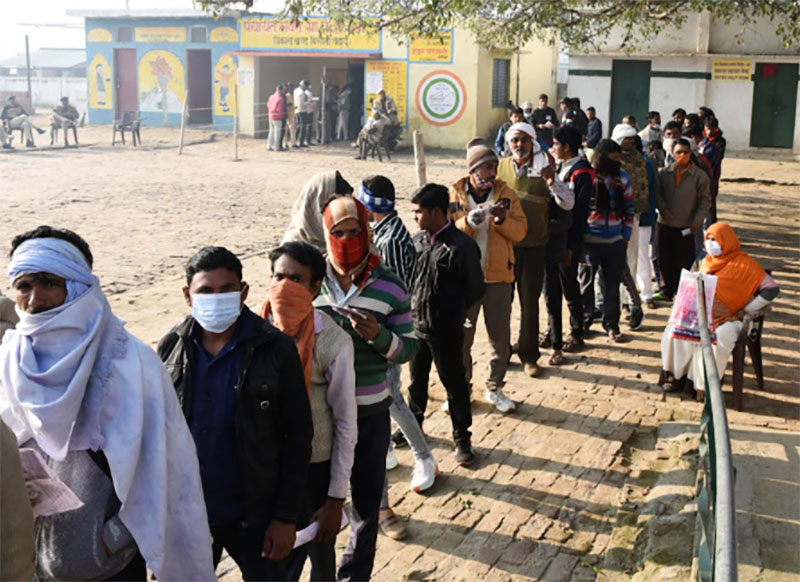 The party clearly aims for the continued support of the non-Yadav OBCs and the Dalits because of twin factors of 'anti-Yadavism' and also the welfare and development model.

Without a doubt, the alleged attack on Union Minister SPS Baghel, the party's lower-caste candidate in Karhal, and SP chief Akhilesh Yadav's aggression against the police in his speech in Kannauj have been strongly taken up by the BJP as proof of the lawlessness associated with the opposition party.

In the election that is also being seen for the new moves being made by the Samajwadi Party, the acid test of its claimed new social engineering will be in phase III.

In polling of the earlier two phases, Jat support for the alliance has been largely due to the Rashtriya Lok Dal (RLD) impact. Barring a few constituencies out of 113 in the first two phases, the Yadav factor has been non-significant.

The case now is expected to turn from Sunday. For example in the regions of Kasganj and Etah that go to the polls on February 20, the OBC population has an equally strong presence of both the Lodh and the Yadav voters. 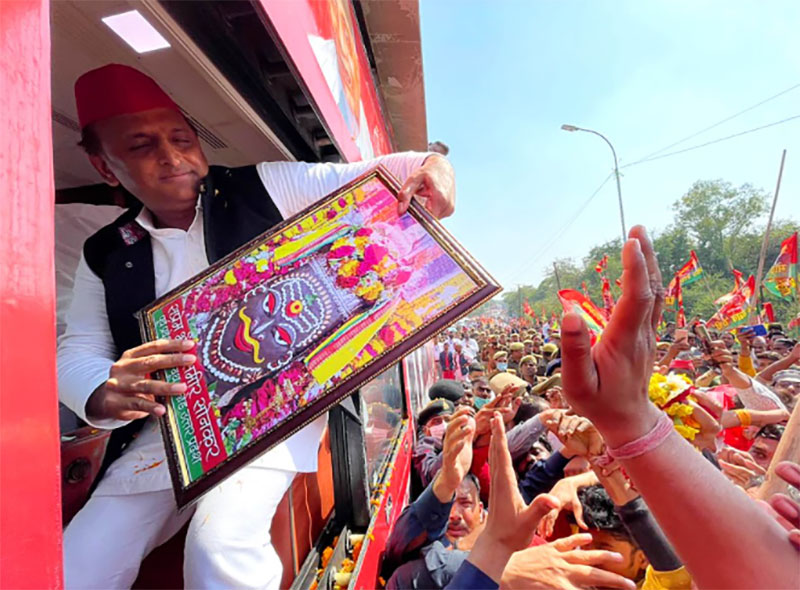 Former UP CM and once BJP's Hindutva and backward caste mascot, late Kalyan Singh, was from this region.

A lot will be decided by how Lodh voters respond. Will they continue to support the BJP or will Akhilesh's claimed new SP make an impact?

In Bundelkhand, from Mahoba, Hamirpur to Jhansi and Lalitpur, the region that has never been that fertile for the SP, its challenge will be winning the strong chunk of MBCs in this belt.

Akhilesh has therefore been hitting out at the Yogi government for what he calls sheer neglect of Bundelkhand and the alarming crises of stray cattle and damage to crops that have been faced by the farmers.

It is also the area where the BSP can make the fight interesting on a number of seats. 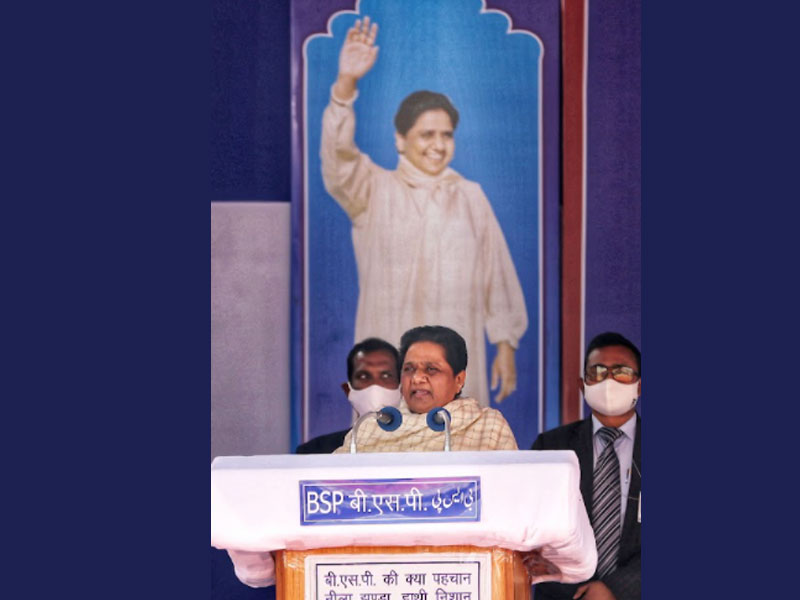 The Samajwadi Party will surely hope to give its best in the Yadav heartland from Firozabad to Etawah, Mainpuri and Auraiya. Akhilesh Yadav is himself a candidate from Karhal in Mainpuri.

The districts here have a decisive presence of Yadavs, but any counter-polarisation can surely have an impact. It is a challenge that Akhilesh needs to navigate.

The SP also has a tough challenge in 20 constituencies spanning across Kanpur Dehat, Kanpur, Kannauj and Farrukhabad. In 2017, the BJP won 16 of them.

It had won Sisamau and Aryangar in Kanpur and Kannauj reserved constituencies. One seat of Kanpur Cantt was won by Congress.