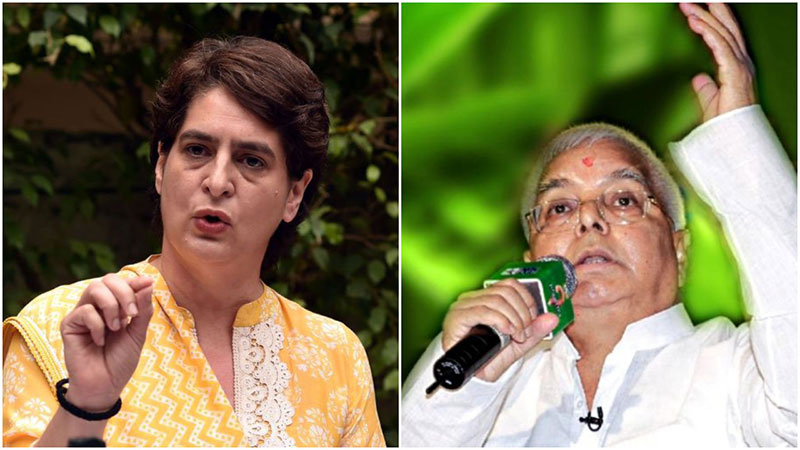 New Delhi/UNI: Congress general secretary Priyanka Gandhi Vadra on Friday came out in support of Rashtriya Janata Dal (RJD) chief Lalu Prasad Yadav and claimed that the former is a victim of vendetta politics unleashed by the BJP.

"BJP's politics is that whoever does not bow down before them is harassed in every way.

"Lalu Prasad Yadav ji is being attacked due to this politics. I hope he will get justice," the Congress top leader tweeted.

The statement comes days after a Special CBI court convicted the former Bihar Chief Minister and 74 others in a fodder scam related to fraudulent withdrawal of Rs 139.35 crore.

Yadav's son and Leader of Opposition in Bihar Assembly Tejaswi Prasad Yadav said that Lalu Prasad was being targeted as he had never compromised with saffron forces.