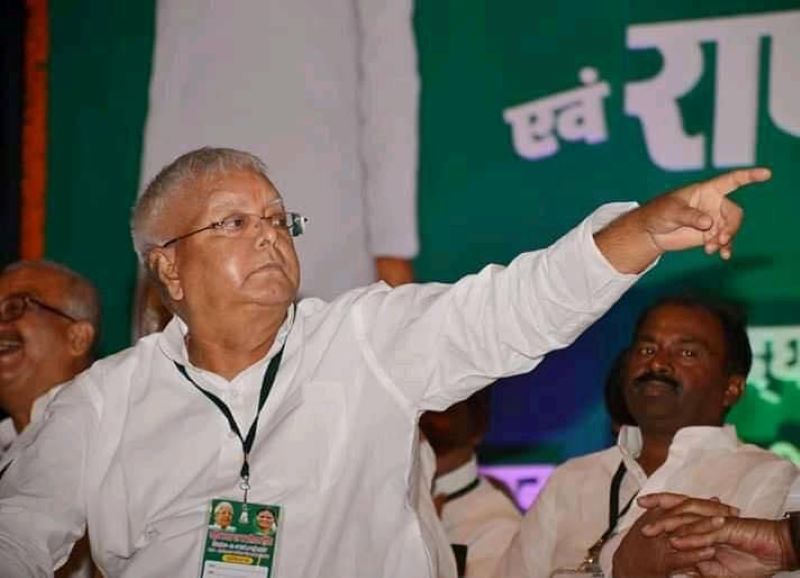 Yadav has been convicted in the Rs. 139.35 crore scam by a special Central Bureau of Investigation (CBI) court in Jharkhand's Ranchi.

The quantum of punishment will be pronounced on Feb 18.

His fresh jail term will be a jolt to the RJD as Yadav's younger son Tejashwi Yadav will once again have to steer the regional outfit single-handedly.

He has already been convicted in four other fodder scam cases.

In 2018, the veteran politician was found guilty in the fourth fodder case pertaining to alleged withdrawal of Rs 3.5 crore from the Dumka treasury ( now in Jharkhand) over two decades ago.

The fodder scam involves the embezzlement of government funds in Bihar in the name of cattle fodder.

The scam surfaced in the 1990s when Yadav was Chief Minister of undivided Bihar.

Yadav was convicted in the first fodder scam case in 2013 and sentenced to jail for five years.

He was convicted by a special CBI court in a second case on Dec 23, 2017, and sentenced to three-and-half years in jail for withdrawing money from Deogarh treasury.

In the third fodder scam case, the former Chief Minister was sentenced in January to five years' imprisonment.

This case related to swindling of  money from the Chaibasa treasury.