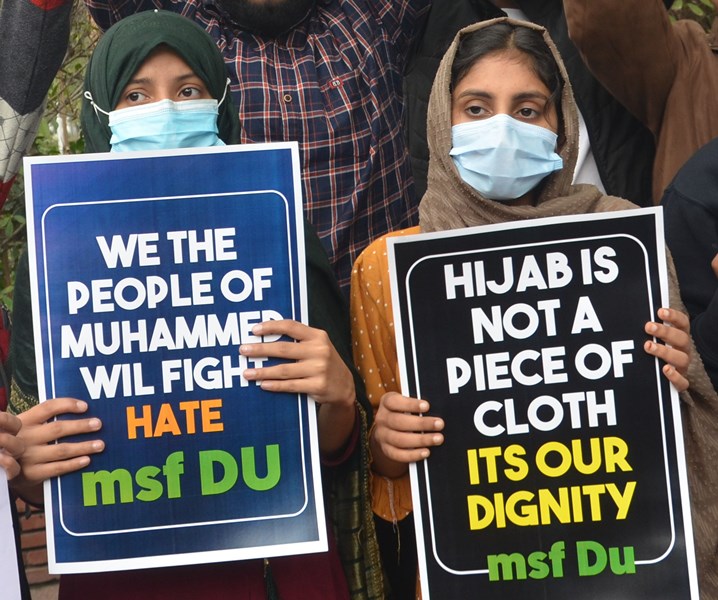 Bengaluru/UNI: The Karnataka High Court on Wednesday refused to pass any interim orders over a raging row over the hijab that has closed down schools and colleges across the state and referred the matter to a larger bench.

A single-judge Bench of Justice Krishna Dixit observed that the question of interim relief will be considered by the larger bench.

"Having regard to the enormity of questions of importance which are debated, the court is of the considered opinion that the papers be put at the hand of the Chief Justice to decide if a larger bench can be constituted in the subject matter," Justice Dixit noted.

In the above circumstances, Justice Dixit ordered the Registry to place the papers before the Chief Justice for consideration immediately.

He said it was open for the petitioners to seek interim relief after a decision is taken by the Chief Justice regarding the constitution of a larger bench.

Earlier, the police banned protests, agitations, demonstrations and gatherings within 200 meters of the schools, PU colleges, degree colleges and similar educational institutions in Bengaluru for two weeks in support of or in opposition to the wearing of hijab by school going Muslim female students..

The High Court on Tuesday had appealed to the student community and citizens to maintain peace.

The same evening, Karnataka Chief Minister Basavaraj Bommai ordered closure of schools and colleges for the next three days following tension over the Hijab row.