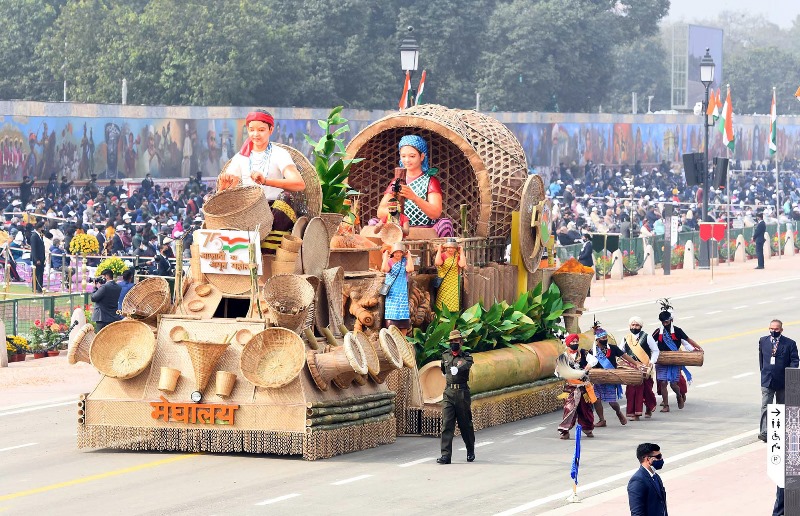 Shillong/IBNS: Meghalaya has won the third prize for its tableau on ‘Meghalaya’s 50 years of Statehood and its tribute to women-led cooperative societies & SHGs’ among the 12 States/UTs which participated in the Republic Day parade in Delhi on Jan 26.

This was announced by the Ministry of Defence on Friday. Uttar Pradesh was declared as the best state tableau of the Republic Day parade 2022 for its theme ‘One District One Product and Kashi Vishwanath Dham’.

The second place went to Karnataka for its tableau based on ‘Cradle of Traditional Handicrafts’.

Ministry of Education and Ministry of Civil Aviation have declared joint winners among Ministries and the Department of Posts took first place in online voting.

In addition, for the first time, the general public was invited to vote for the best marching contingents and best tableaux in the popular choice category through the MyGov platform.

It may be mentioned that the tableau of the State of Meghalaya was an initiative of the Directorate of Information and Public Relations, Government of Meghalaya.