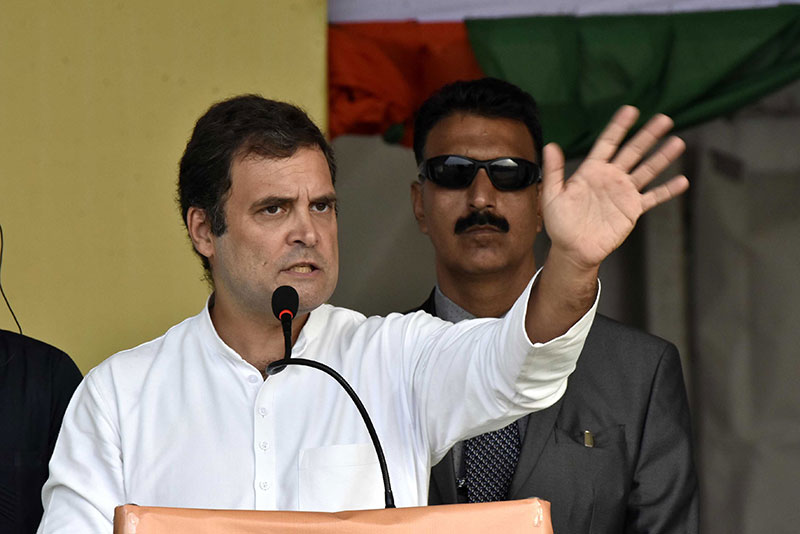 New Delhi/UNI: Former Congress president Rahul Gandhi on Friday attacked the Centre over the 'Chinese issue' and demanded to know from Prime Minister Narendra Modi when will India get back the land allegedly occupied by China.

He made this remark a day after China's People's Liberation Army (PLA) 'returned' an Arunachalee boy Miram Taron to the Indian Army at the Wacha-Damai interaction point in Arunachal Pradesh, nine days after he went missing from Upper Siang district.

"Comforting to know that China returned Miram Taron. Prime Minister ji, when will India get back the land occupied by China?," the Cong MP asked.

Last month, the top Congress leader and his party took a dig at the Centre over reports that China renamed 15 places in Arunachal Pradesh and questioned the Prime Minister's silence over the issue.

The Ministry of External Affairs (MEA) had said "assigning invented names to places in Arunachal Pradesh does not alter the facts on the ground."

The frontier state shares a 1,080 km boundary with China.