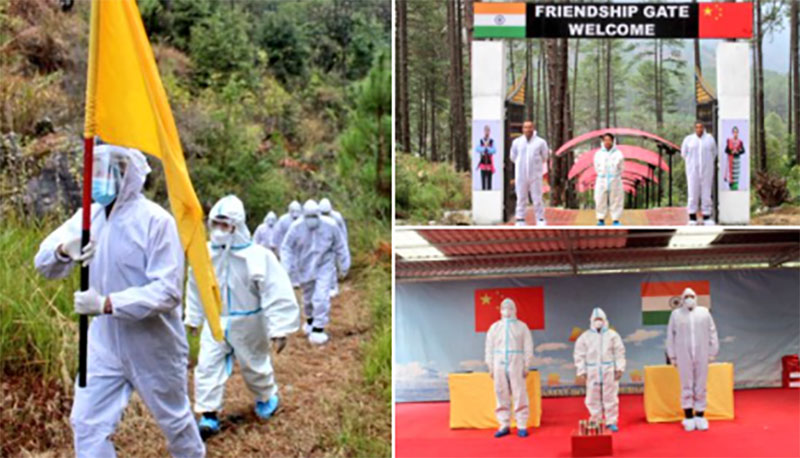 Guwahati/IBNS: In a positive manifestation of efforts of the Indian Army along with all government agencies, the Chinese PLA handed over Miram Taron, the missing Indian teenager from Arunachal Pradesh at Damai, Border Personnel Meeting Point, across Anjaw District on Thursday.

Indian Army immediately approached PLA on the hotline to trace and secure the safe return of the boy and shared identity details of Miram with PLA.

On Jan 26, PLA confirmed that Miram would be handed back to the Indian Army at Damai Border Personnel Meeting Point on Thursday.

Subsequently on Thursday Indian Army took over Miram Taron at Border Personnel Meeting point at Damai across Kibithu Sector Lohit District, Arunachal Pradesh after completing all the formalities. He is being handed over to his parents at the earliest.

Miram Taron is in high spirits and is elated to be back to his country, he and his family expressed gratitude for the sincere efforts by the Indian Army and the government to ensure his safe return.

Indian Army thanked China’s PLA for upholding the Border Defence Cooperation Agreements between the two countries, leading to the return of the Indian teenager, furthering maintenance of peace and tranquillity.