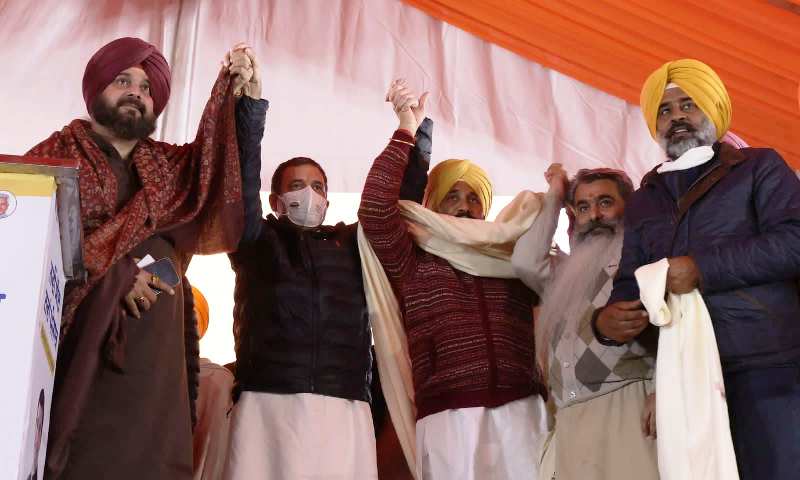 New Delhi/IBNS: Congress leader Rahul Gandhi on Thursday said his party will soon announce the name of the chief ministerial candidate for Punjab ahead of the upcoming assembly elections in the state.

Gandhi said the decision will be taken by party workers.

While there is a constant rivalry between Punjab Congress supremo Navjot Singh Sidhu and state Chief Minister Charanjit Singh Channi, seen to negatively impact the party's campaign for next month's election, the Congress MP stressed that "two people can't lead, only one can".

"We will fulfil your demand for a Chief Minister candidate as soon as possible. Normally, we do not declare a Chief Minister face but if Congress workers want, we will select a face as well. But we will consult Congress workers. They will decide," Gandhi said in Jalandhar during his daylong visit to Punjab to launch the party's campaign for next month's polls.

Congress, which is currently in power in Punjab, had earlier said the decision for the CM candidate would be taken only after the Feb 20 election.

In a message for both the leaders eyeing the top post in Punjab if voted to power again, Gandhi said: "Two people can't lead, only one can lead. If one leads, the other has promised to extend all the support. Both have the Congress' thoughts in their heart."

"Our experience is that hundreds of Congress workers have shed their blood. Come what may, we will never let anything disturb the peace in the state. We know how to take everyone along. I have learnt a lot from you all and learnt from Manmohan Singh," said the former Congress President. 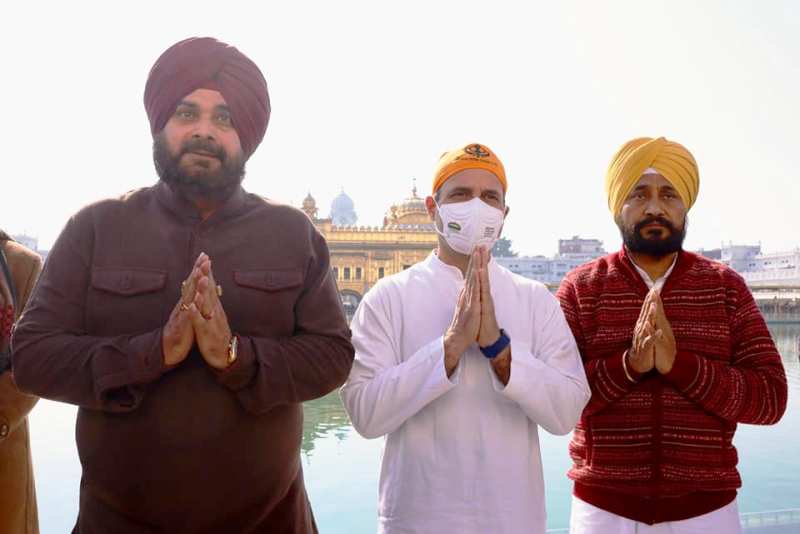 Before his address, Navjot Sidhu "assured" Rahul Gandhi that he would accept his decision, no matter what.

"People have this question in their mind -- who will rescue them from this crisis (in Punjab). And what's the roadmap. And the third question which people are asking is that who is the face who will implement these reforms," Sidhu said.

"Like a disciplined soldier, I assure Rahul Gandhi that I will abide by his decision," he asserted.