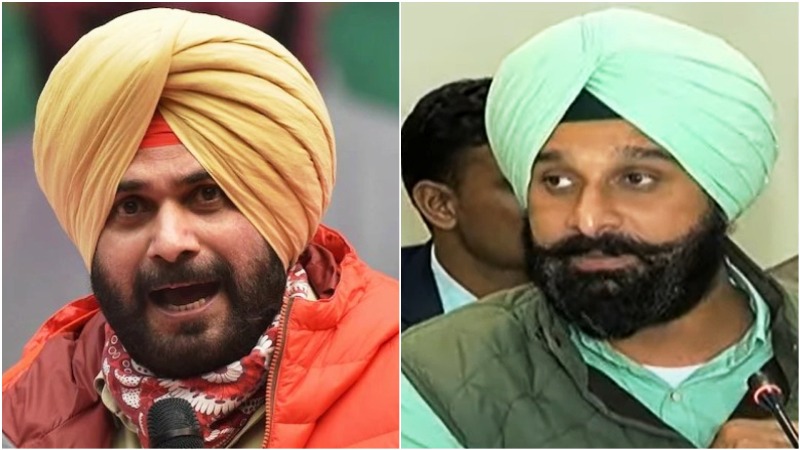 Sidhu had earlier campaigned tirelessly for the arrest of Bikram Majithia in a drugs case.

The Akali Dal on Wednesday announced that Majithia would file nominations from Amritsar (East) assembly seat, from where the state Congress chief is contesting.

Sidhu is the sitting MLA from Amritsar East, a seat he won comfortably in 2017 in the absence of any strong contender.

This would be the second seat Majithia will be contesting.

In December, Majithia, 46, was booked in a drugs case and later received anticipatory bail from the High Court.

He is currently being investigated by a Special Investigation Team.

Sidhu, who had declared that "he would not rest" till Majithia is arrested, has so far not responded to the announcement by the Akali Dal.