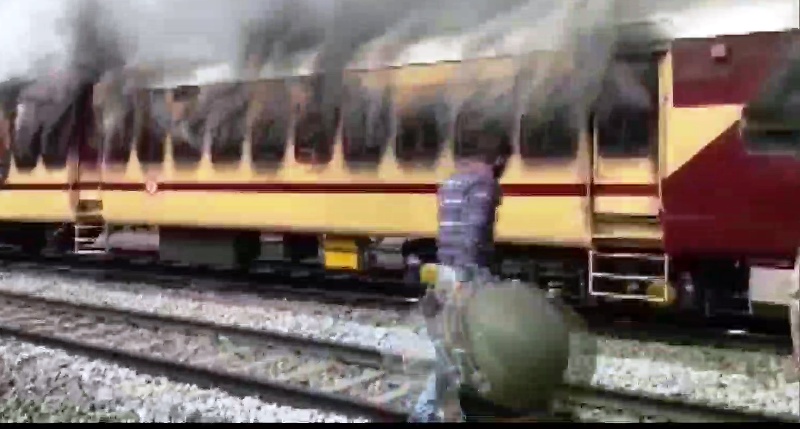 New Delhi/UNI: The Ministry of Railways on Wednesday constituted a five-member team to look into the concerns raised by students in regard to the result of the first stage computer-based test of Non-Technical Popular Categories (NTPC) in 2021 after a passenger train was set on fire in Bihar as a protest to the same.

As of now, the ministry has announced to postpone the RRB NTPC CBT-2 exam that was scheduled to start on Feb 19.

RRB NTPC CBT 1 result was released on Jan 14 for all 5 levels and shortlisted candidates would have appeared for CBT 2, which was to be conducted separately for all levels.

Meanwhile, all Chairpersons of RRBs have also been directed to receive the grievances of candidates through their existing channels, compile these grievances and send the same to the Committee.

Candidates have been given three weeks time up to Febr 16, to submit their concerns.

"The candidates can lodge their concerns and suggestions to the committee at following email ID rrbcommittee@railnet.gov.in," said the Ministry in an official statement here.

The committee will submit their recommendations after examining their concerns on March 4.

As per the official statement, the committee will look into the results of 1st Stage and methodology used for shortlisting candidates for 2nd Stage CBT, without affecting the existing shortlisted candidates.

"The committee will also execute a plan of 2nd Stage Computer Based test," said the statement.

On Tuesday, the Railways had issued a general notice, warning its job aspirants that those found involved in vandalism and unlawful activities while protesting, will be barred from getting recruited into the Railways.

This came a day after the agitators squatted on railway tracks in several places of Bihar.