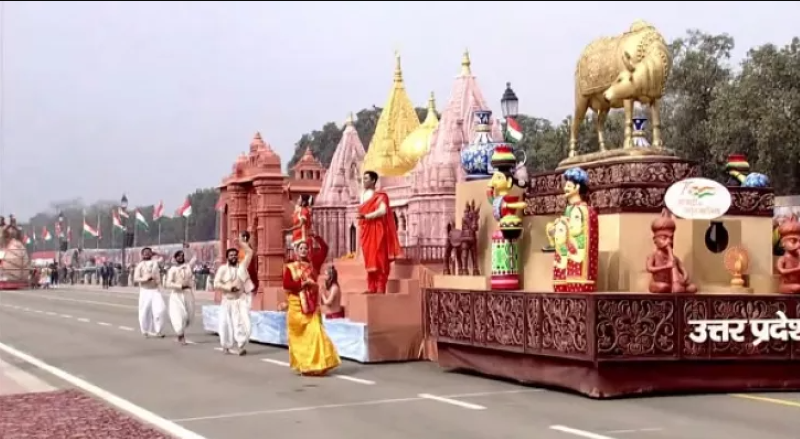 New Delhi/UNI: The recently renovated Kashi Vishwanath Dham was showcased in the tableau of poll-bound Uttar Pradesh at the 73rd Republic Day parade on Wednesday.

The front portion of the tableau showed products of different districts, while the central part showcased sadhus at the ghats of Varanasi, the Lok Sabha constituency of Prime Minister Narendra Modi.

The rear of the tableau showcased the redeveloped KVD Corridor that was recently inaugurated at a grand ceremony.

The tableau from another poll-bound state, Punjab, showed the contribution of the state in the freedom struggle.

Scenes from the freedom movement were depicted on the sides of the tableau.

The tableau from Maharashtra showed biodiversity of the west coast state, showing about 15 animals and 22 plants, including the Blue Mormon butterfly which is the 'state butterfly', and Indian Giant Squirrel which is the state animal.

A total of 21 tableaux, 12 of various states and Union Territories, and nine of ministries were showcased at the Republic Day parade this year at Rajpath in New Delhi.