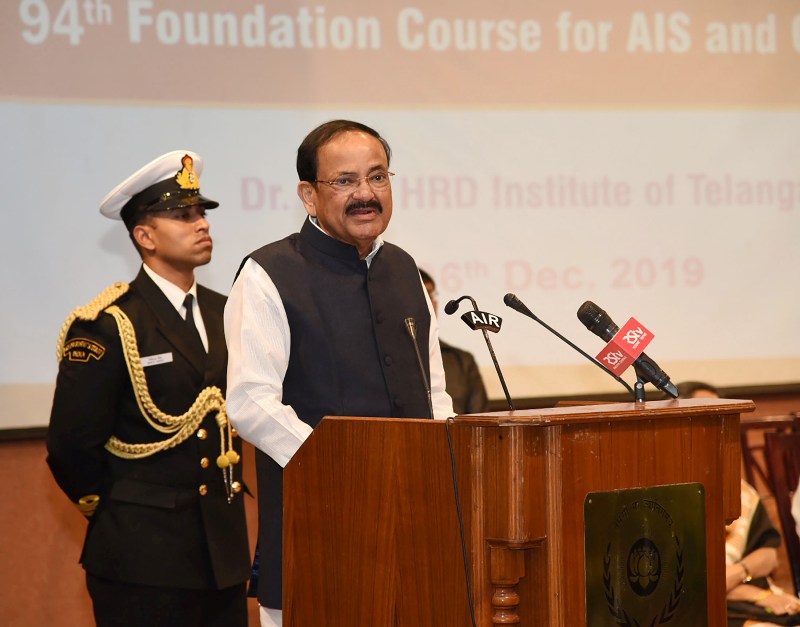 Hyderabad/UNI: Vice President M Venkaiah Naidu on Tuesday urged the Election Commission and the citizens to ensure a voter turnout of 75 per cent in the next general elections to make electoral democracy more inclusive and also sought consensus on simultaneous polls to sustain the tempo of development.

In a message on the occasion of the 12th National Voters Day on Tuesday, Naidu stressed that no voter should be left behind, and urged citizens to judge the candidates on the basis of merit.

As Naidu is in home isolation in Hyderabad after testing corona positive, his address was read out at the event in New Delhi.

Referring to the increase in voter turnout from 44.87 per cent in the first general elections to Lok Sabha during 1951-52 to the highest ever 67.40 per cent for the 17th Lok Sabha in 2019, marking an increase of 50 per cent in voting, Naidu complimented all stakeholders for the same.

Alluding to the sustained efforts of the Election Commission of India in this regard striving for excellence during the 70 years of the country's electoral journey, he hailed the Commission as a credible, responsive and forward-looking institution every votary of democracy can legitimately be proud of.