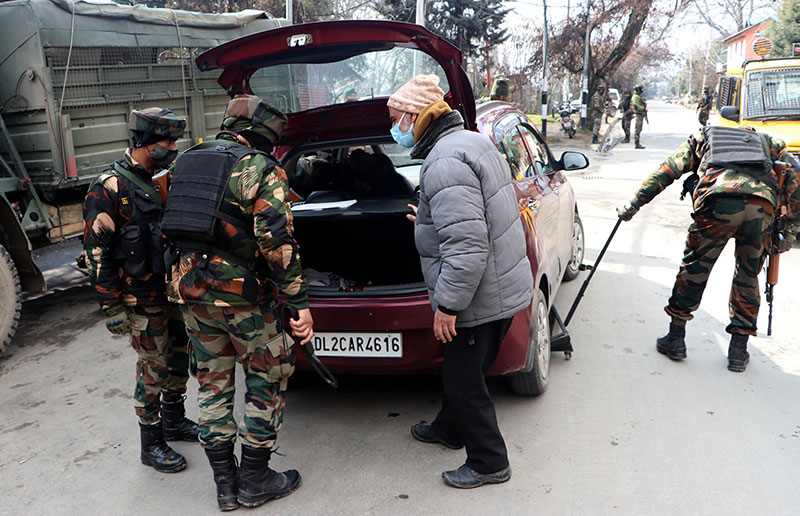 Srinagar/UNI: Three civilians and a police inspector were wounded in a grenade attack on a busy street in Srinagar on Tuesday afternoon, official sources said.

They said the militants lobbed a grenade at security forces on Hari Singh High Street which exploded on the roadside.

“It exploded with a bang wounding three civilians and a police inspector,” a police officer said.

The injured were shifted to a hospital.

"All the injured received minor injuries and are stable," another official said.

Panic gripped the area and people ran for safety.

Police and security forces immediately cordoned off the area to track down the militants. The incident occurred a day ahead of India's Republic Day.

In Kashmir, the main event will be held at the Sher-e-Kashmir cricket stadium in Srinagar.