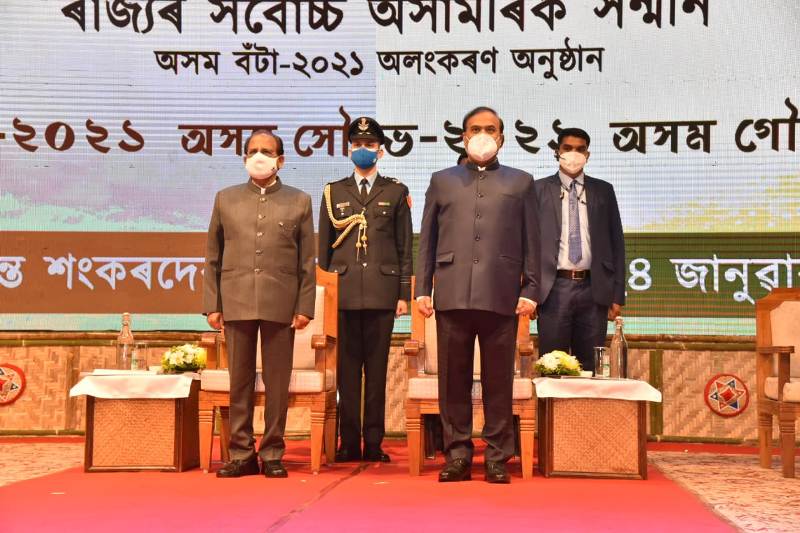 Guwahati/IBNS: In order to recognize the exceptional service in various fields, Assam Governor Jagdish Mukhi in the presence of Chief Minister Himanta Biswa Sarma conferred the state’s highest civilian awards to 17 distinguished personalities who have distinguished themselves in their chosen field of endeavour at a function held at Sankardeva Kalakhetra in Guwahati on Monday.

The state’s highest civilian awards – Assam Baibhav, Assam Saurav and Assam Gaurav were formally given to the recipients in line with the Padma awards bestowed by the central government.