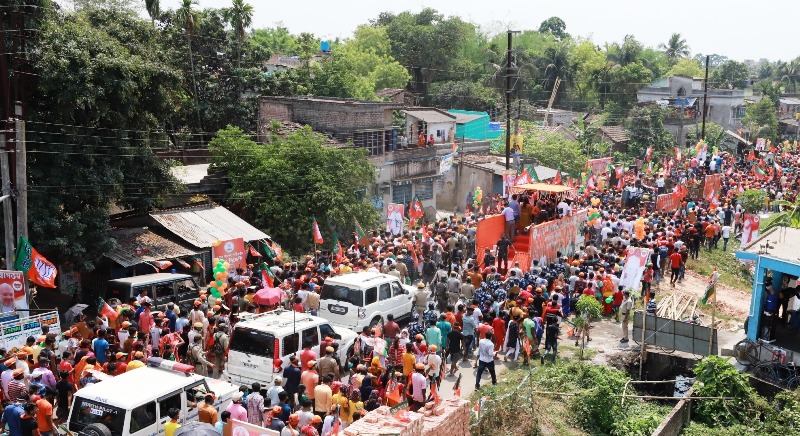 New Delhi/IBNS: The ban on rallies and roadshows for the state polls scheduled for next month has been extended to January 31 albeit some relaxations for the first two poll phases due on February 10 and 14.

The Election Commission of India made the decision after a review meeting on the restrictions with the Union Health Secretary and the Chief Health Secretaries of the five states on Saturday.

Amid the rise in coronavirus cases, the Election Commission had banned roadshows and rallies for the forthcoming assembly elections in Uttar Pradesh, Punjab, Uttarakhand, Manipur and Goa, starting next month.

The ban was imposed till January 15 and later extended to January 22 as the Covid-19 cases in the country continued to multiply.

However, in today's announcement, the poll body allowed physical rallies for those political parties or candidates whose fate will be decided in the first and the second phase of the polls.

The public meetings of political parties or contesting candidates for Phase 1 have been permitted from January 28 and for Phase 2 from February 1.

EC said that the cap of five people for door-to-door campaigning has been increased to 10 apart from security personnel and video vans for publicity permitted at certain open spaces with COVID-19 restrictions.

Since candidates in fray for Phase 1 elections will be finalised on January 27, the Commission has decided to permitted physical meetings in prior approved open spaces with up to 500 people or 50 percent of the capacity of the venue or the prescribed limit set by state disaster management - whichever is lower, from January 28 till February 8.

For candidates, who will go to the polls in phase 2, and their names will be finalised by January 31, the Commission has decided to allow the same relaxation from February 1 till February 12.