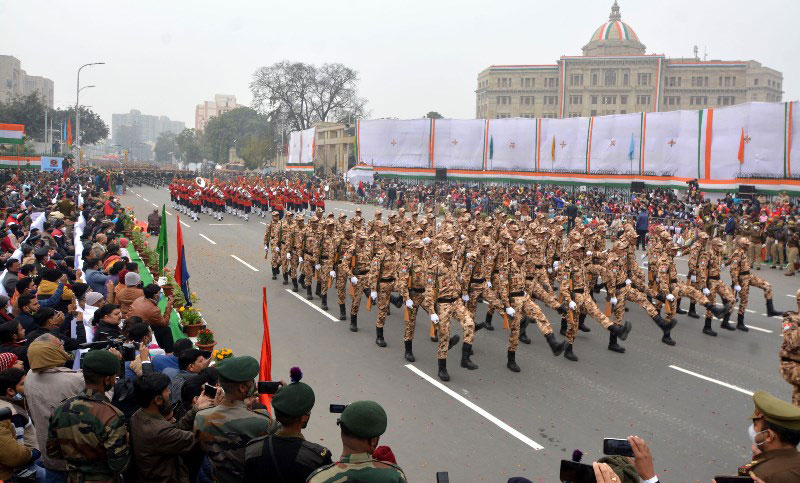 New Delhi/IBNS: Mahatma Gandhi's favourite 'Abide By Me', a prayer to God, has been dropped by the Modi government from the Beating Retreat Ceremony of this year's Republic Day, leading to another possibility of a face-off between the government and the Opposition, media reports said.

The hymn, written by Scottish Anglican Henry Francis Lyte in 1847, used to signal the conclusion of the ceremony, which marks the end of Republic Day festivities on Jan 29.

The Beating Retreat Ceremony is customarily performed at Vijay Chowk.

Just a couple of days ago, the government had stirred a row by shifting 'Amar Jawan Jyoti' or 'eternal flame' from India Gate to National War Memorial, which was inaugurated by Prime Minister Narendra Modi in Feb 2019.

Though initially reports claimed the 'eternal flame' will be extinguished, the government stepped in and clarified that it will not be extinguished but merged with the torch in the National War Memorial.

All military ceremonial events that took place at the India Gate were shifted there after the inauguration.

The National War Memorial also has the names of all the Indian defence personnel who have lost their lives in different operations from the 1947-48 war with Pakistan to the clash with Chinese troops at the Galwan valley.