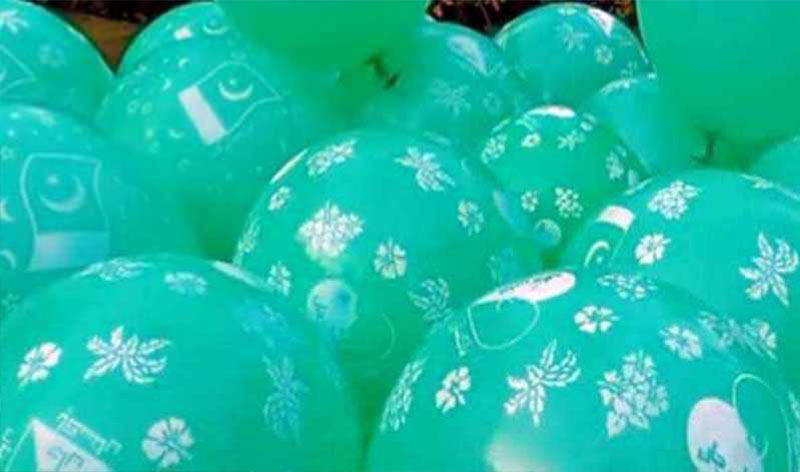 Jammu/UNI: Police on Saturday seized one Pakistani flag tied with an air balloon close to an international border in Samba district of Jammu and Kashmir.

Senior Superintendent of Police, Samba, Abhishek Mahajan told UNI, "One balloon, along with a small Pakistan paper flag, was found in a field at Raghu Chak."

Some mobile numbers were also found written on a paper attached with the flag, which landed in the field of Yashpal Singh, Panch of Ward Number 9, Ghagwal.

"The balloon was found punctured, after which the flag had apparently landed on this side," said police, adding that they have started investigation into the incident.

Earlier also, several incidents have been reported in the border villages wherein airplane-shaped and other air balloons marked with Pakistani flag have been found in the fields close to the international border.