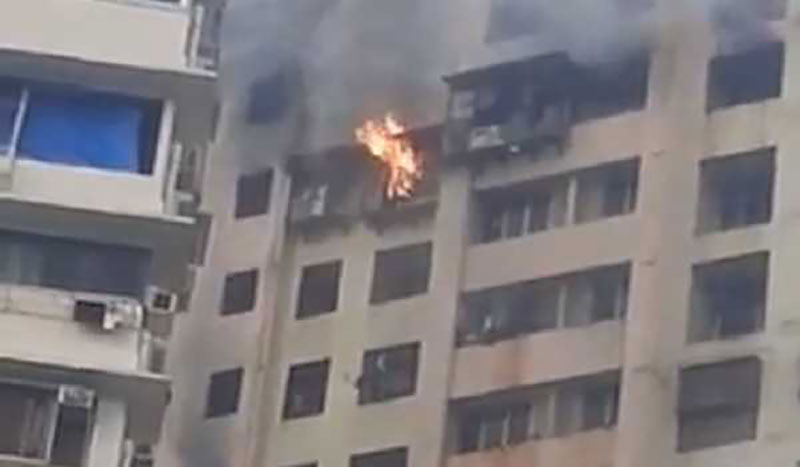 Mumbai/IBNS/UNI: At least six people were killed and 15 others injured in a massive fire that broke out at a high-rise building in Mumbai on Saturday.

The fire broke out at the 18th floor of Kamla Building opposite Gandhi Hospital in Tardeo area at 7 am.

On being alerted, fire brigade personnel and the police rushed to the spot.

As many as 13 fire engines and 7 water jetties were rushed to douse the flame, officials said, adding that it was tagged as a level-3 (major) fire.

Five ambulances have also been deployed for the rescue operations, the BMC official said.