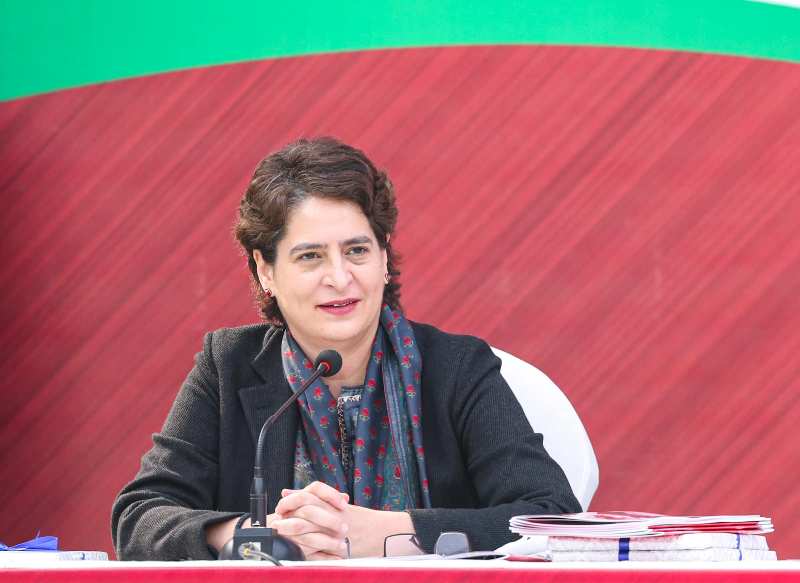 'Was being a bit tongue-in-cheek': Priyanka Gandhi Vadra on Congress CM candidate in UP

New Delhi/IBNS: Hours after dropping a bombshell on Friday morning hinting she could be the chief ministerial candidate in Uttar Pradesh, Congress leader Priyanka Gandhi Vadra said she meant it in a "tongue-in-cheek" way.

However, she did not rule out contesting the election. If she does, she will be the third debutant in this UP election after Yogi Adityanath and Akhilesh Yadav.

"I was being a bit tongue-in-cheek. Because I am asked this question... every second question is the same question," Priyanka Gandhi Vadra said in an interview to NDTV.

"Clearly, I am the general Secretary for UP. Whether officially we have to say 'this is the face', 'that is the face'...it is unlikely we are going to do that," she said.

Earlier in the day, Priyanka Gandhi Vadra on Friday hinted that she is likely to become her party's Chief Ministerial face in the upcoming assembly elections in Uttar Pradesh beginning next month.

When asked if she would be the face for the party in UP, Gandhi Vadra said, "Do you see anyone else's face from the Congress."

Gandhi Vadra made the comment as she along with her brother and Congress MP Rahul Gandhi unveiled the party's manifesto for the Feb-Mar elections.

Asked about the possibility of a post-poll alliance in the state with like-minded parties, she said the decision will be taken when the situation arises, and added that the Congress will continue to press for its agenda on development and that would be the condition for any alliance.

Gandhi Vadra also stressed on development centric politics, and said voters need to question their representatives on their issues.

"Casteism and communalism will not fill your bellies. It will only help some leaders. They know they will get votes on communalism, why would they work," she added.