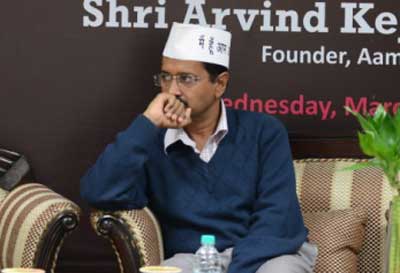 Over 150 donors and supporters attended the event at the Constitution Club, where Kejriwal discussed the AAP’s 70 point action plan and the manifesto for Delhi.

Speaking at the event, AAP leader Gul Panag mentioned that the nature of the support for the party proves that “the AAP is neither leftist nor rightist but realist”.

Party’s national secretary Pankaj Gupta shared details of funding sources and anectodes from small donors to make the point that transparent political funding is changing the political landscape in India.

“Recently a daily wage earner came to my office and offered his entire’s day earning because he said that he wants clean politics” he said.

All AAP donations are transparently published on the website and AAP is the only party that has voluntarily agreed to come under the RTI law. With today’s donations, the AAP is getting closer to its target of raising Rs 30 crore for Delhi elections.