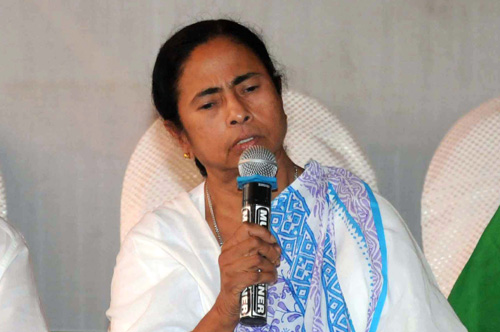 Mamata should be summoned: BJP

"If Mukul Roy was called and interrogated then then they should also summon Mamata Banerjee ," Singh told reporters referring to the alleged meeting between the West Bengal Chief Minister and  Saradha chief Sudipta Sen earlier.

Trinamool Congress leader and former Railway Minister Mukul Roy on Friday faced the interrogation of the CBI in the Saradha ponzi scheme meltdown scam and after his quizzing said he would cooperate with the investigating agency in future.

"I want the truth to come out. I told them that they should unveil the truth and I said I am here to be at your disposal whenever you want me," said Roy after his interrogation coming out of the CBI office at CGO complex in Salt Lake around 4 pm.

He said he will cooperate always.

Roy was quizzed in several phases and he might be called again, said sources.

Reports said Roy had been summoned after his call records showed he had frequent telephonic talks with Saradha chief Sudipta Sen, who is now behind the bars.

Roy earlier said he was never involved in any immoral act in his life.

The multi-crore scam left lakhs of depositors fleeced in West Bengal and triggered a political uproar.