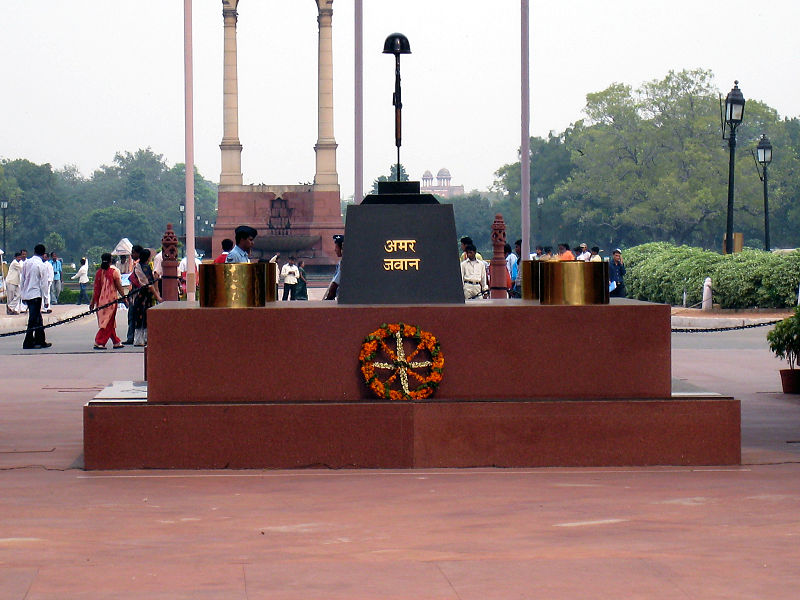 New Delhi/IBNS: The central government on Friday clarified that the 'Amar Jawan Jyoti' or 'eternal flame' at India Gate will be merged with the torch at the National War Memorial and not extinguished after the development stirred a row, media reports said.

Slamming "misinformation", the government sources said as quoted by NDTV, "The flame of the Amar Jawan Jyoti is not being extinguished. It is being merged with the flame at the National War Memorial.

"It was an odd thing to see that the flame at Amar Jawan Jyoti paid homage to the martyrs of the 1971 and other wars but none of their names are present there."

The development would happen days ahead of Republic Day celebrations.

The ceremony, scheduled to begin at 3.30 pm on Friday, will be presided over by the Integrated Defence Staff chief, Air Marshal Balabadhra Radha Krishna, reports said.

It has also been argued that since the National War Memorial has already been built for the martyrs of the country, why should a separate flame be lit at the India Gate, army sources told NDTV.

The National War Memorial, built over 40 acres at a cost of Rs. 176 crore, was inaugurated by Prime Minister Narendra Modi in Feb 2019.

All military ceremonial events that took place at the India Gate were shifted there after the inauguration.

The National War Memorial also has the names of all the Indian defence personnel who have lost their lives in different operations from the 1947-48 war with Pakistan to the clash with Chinese troops at the Galwan valley.