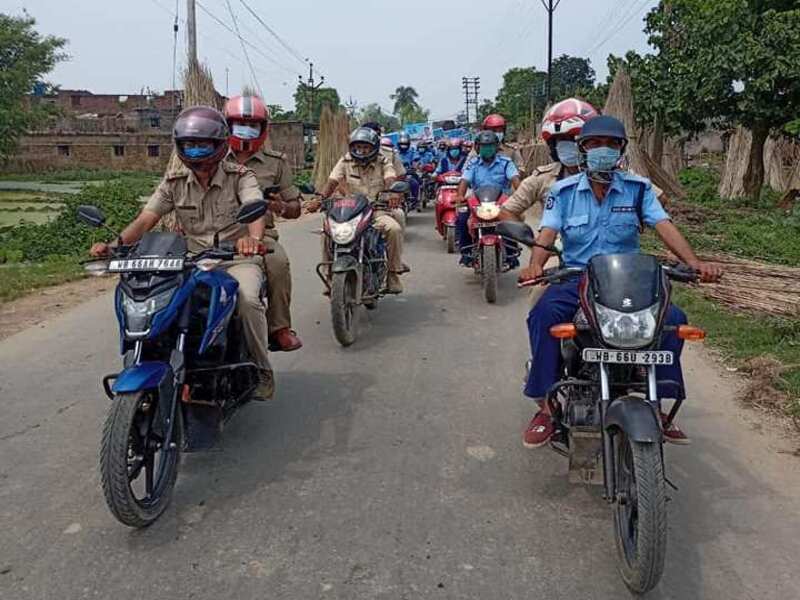 Kolkata/IBNS: Three policemen have been suspended for allegedly robbing money and ornaments from the house of a businessman in West Bengal's Malda district while carrying out a raid, reports said on Wednesday.

According to reports, an Assistant Sub Inspector (ASI) along with two constables went to raid the house of Asraul Sheikh, a businessman and labour contractor, at 52 Bigha area under Kaliachak Police Station limits in Malda on Tuesday late night.

During the raid, the policemen allegedly robbed about 400 gm gold ornaments and Rs 25 lakh in cash from the businessman's house.

The trio reportedly harassed and assaulted the labour contractor and his family members while carrying out the raid.

Malda Additional Superintendent of Police (Rural) Aneesh Sarkar said a departmental probe has been initiated against the three cops while they have been suspended pending an enquiry.

"Acting on a tip-off of arms being hidden, our on-duty ASI Pijush Mondal along with two constables, Rajkumar Ghosh and Ashish Dey, carried out a raid at the residence of businessman Asraul Sheikh on Tuesday late night without informing his superior officers, though no arms were recovered in the raid," Aneesh Sarkar said.

"They seized some cash and ornaments from the location without making any seizure list or informing their higher authorities, and the policemen also took Asraul Sheikh with them," the official said.

"Asraul Sheikh managed to take back his back, containing cash and ornaments, from the cops' possession and fled from them. We have not received any complaint of robbery yet," said the senior police official adding that, "all the three policemen allegedly involved in conducting the operation inappropriately have been suspended after preliminary enquiry."