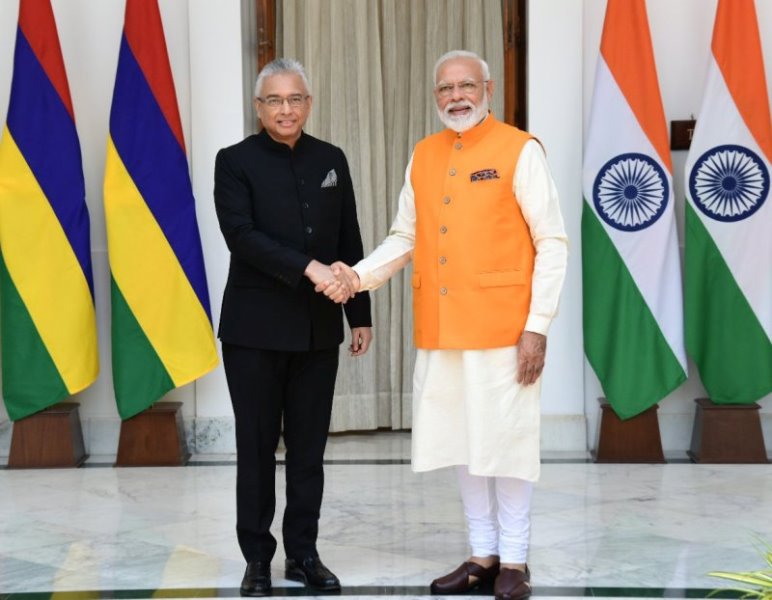 The two dignitaries will also launch the Civil Service College and 8MW Solar PV Farm projects in Mauritius that are being undertaken under India’s development support.

An Agreement on extending a US$ 190 mn Line of Credit (LoC) from India to Mauritius for the Metro Express Project and other infrastructure projects; and MoU on the implementation of Small Development Projects will also be exchanged.

In March 2017, an agreement was signed between RITES, an Indian Public Sector Undertaking, and the Government of Mauritius, appointing RITES as a Consultant for the Metro Express Project. The 26 km light rail transport would link Port Louis with Curepipe.

In March 2015, Prime Minister Narendra Modi during his visit to Mauritius had announced a new LoC of USD $500 Million for civilian infrastructure projects.