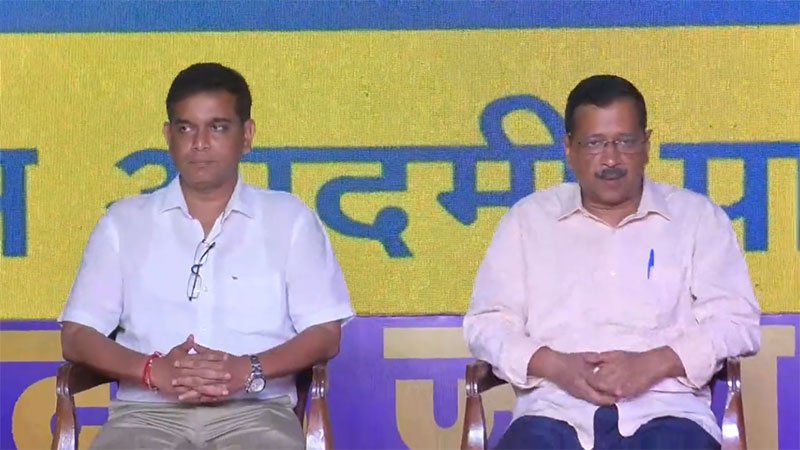 "I am happy to announce Amit Palekar as the CM candidate of AAP," said Kejriwal.

Palekar on Wednesday promised to give Goa a corruption free government if his party was elected to power in assembly elections next month.

Speaking after his name was announced by Kejriwal for the top job, Palekar said, "I guarantee you to give a corruption-free Goa with a vision, a Goa which everyone dreamt of, and which lost its identity during the last 20 years.

"We will get back that Goa for you. It is a guarantee, it is a promise to my father, to my family and the entire Goa."

He claimed that the AAP was going to form a government as the party was the best option before Goans.

Palekar also called for a strong anti-defection law in the country.

"Goa has become an encyclopedia for defections in the country. It is very bad. Leaders should resign and face the electorate if they wish to change parties." he said.

He claimed that it would take just 24 hours to put things in order if there was a conviction to give a corruption-free administration.

Goa, which is governed by the Bharatiya Janata Party (BJP), is witnessing a multi-cornered fight with the entry of two regional parties, AAP and Trinamool Congress (TMC).

Congress, the oldest political party, too is in contention.

Goa will go to polls in a single phase on Feb 14.