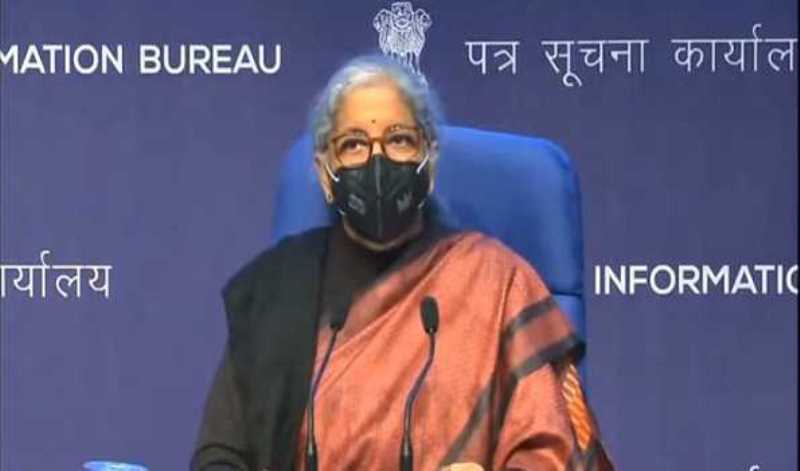 New Delhi/IBNS/UNI: Union Finance Minister Nirmala Sitharaman on Tuesday said the Supreme Court's order on the 2005 Antrix-Devas deal is "proof of the Congress's misuse of power".

The Supreme Court on Monday upheld an order to wind up Bengaluru-based startup Devas Multimedia.

During a media briefing, Sitharaman said: "Now we shall definitely take this order and defend our position, Government of India's position, that position where this order was cancelled even by UPA in 2011, six years after the agreement was originally signed and make sure justice is done against this fraud which was perpetrated very much under the nose of the UPA's own government."

"This is fraud. This has come out very clearly through the Supreme Court order and now should be Congress Party's turn to explain how this was allowed, explain how Cabinet was kept in dark and explain how it took them six full years to have this kind of fraud perpetrated on the people of India," the Finance Minister said.

Antrix Corporation had entered into an agreement with Devas Multimedia in 2005 for lease of 90% of S-Band transponder space segment capacity through two satellites to be funded, built and launched by ISRO.

The agreement was, however, cancelled in 2011 after alleged corruption in the deal.

Following its satellite deal with Antrix Corporation that was cancelled by the UPA government in 2011, Devas has been fighting a prolonged legal battle against the Antrix and Indian government in several courts.

On the plea filed by Antrix Corporation, the NCLT in its order in May last year ordered winding up of Devas.

This was later endorsed by the National Company Law Appellate Tribunal (NCLAT).

The NCLT had in its order said that Devas was incorporated with a fraudulent motive to collude and connive with the then officials of Antrix Corporation to get bandwidth from it.

Devas had, however, secured arbitral award in its favour.

In arbitral proceedings initiated by Devas, the International Chamber of Commerce (ICC) Arbitral Tribunal had in 2015 concluded that Antrix had wrongfully scrapped the satellite deal and directed it to pay Devas $562.5 million along with interest.

Briefing reporters, Sitharaman said that the Indian government would fight at every level to defend its case. She said that the master game player in the whole episode is the Congress party.

"The (then) UPA Government may have cancelled the order in 2011 but Government of India under Prime Minister Modi is fighting in very court to make sure that this fraud does not get away," she said.