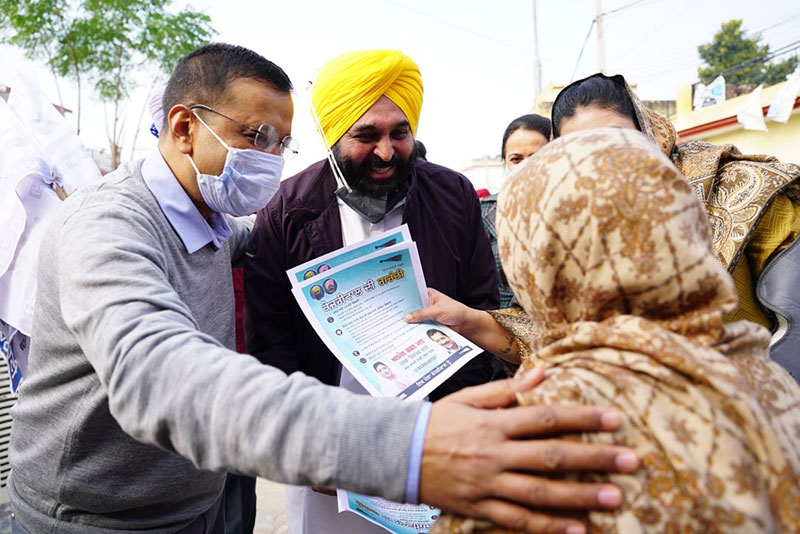 Kejriwal on Thursday sought suggestions from voters on the party's Chief Ministerial candidate in Punjab, saying while he wanted Bhagwat Mann to take the top job, the latter wanted the people of the state to decide the issue.

"Bhagwant Mann is very dear to me, He is like a younger brother. I was also saying that we should make him the CM face for the Punjab Assembly elections, but he said let the people of Punjab decide this," Kejriwal had said, launching a toll free number 70748 70748 to choose the CM candidate.

Punjab will go to polls on Feb 20 while the results will be declared on Mar 10.