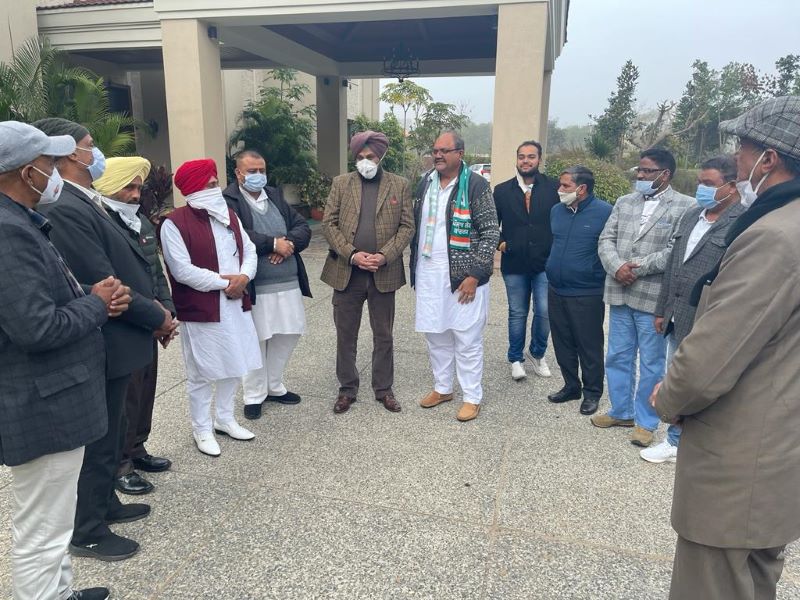 While joining the party, Goldy said he always had faith and confidence in the leadership of Amarinder Singh.

Senior @INCPunjab leader and 2 times former MLA from Garhshankar Luv Kumar Goldy joins Punjab LoK Congress along with his supporters and Sarpanches, in the presence of Yuvraj Raninder Singh. pic.twitter.com/itPQUKyfFt

He said, after taking his supporters into confidence he had decided to join the PLC.

He said, Punjab needed the leadership of Capt Amarinder the most as his successors had proved utter failures.

He said the Congress party was in a state of civil war and the Congress candidates will lose deposit in most of the constituencies.

Welcoming Goldy into party fold, Singh, who is in isolation due to COVID-19 , in a special message said, Goldy belonged to a respectable political family of Garhshankar which had great contributions towards the freedom of the country and welfare of the state.

Dharam Singh Fauji, a Municipal Councillor from Barnala also joined the PLC along with his supporters.