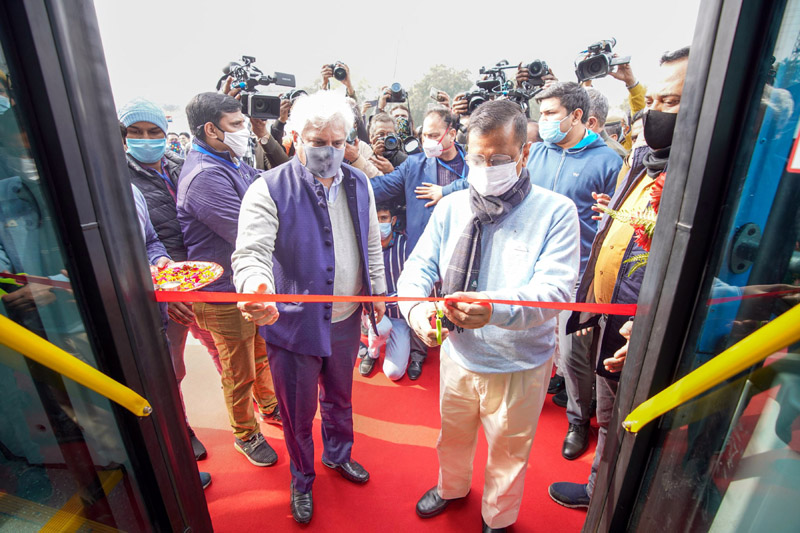 New Delhi/UNI: Ahead of assembly elections, Delhi Chief Minister and AAP leader Arvind Kejriwal on Monday said the party will announce its Chief Minister candidate for Punjab on Tuesday.

He said this to the media on the sidelines of a function here where he flagged off the city's first electric bus.

"The name of the party's Chief Ministerial candidate for Punjab will be announced tomorrow," Kejriwal said.

Last week, the AAP launched a toll-free number and sought suggestions from the people of Punjab to pick a Chief Minister of their choice.

Kejriwal had said that though he preferred Bhagwant Singh Mann, MP, as the Chief Minister, the latter wanted the people of Punjab to decide.

Punjab will elect a new assembly on Feb 14.

The Election Commission will meet on Tuesday to take a call on requests by political parties in Punjab to postpone the election. The AAP has also backed the request.