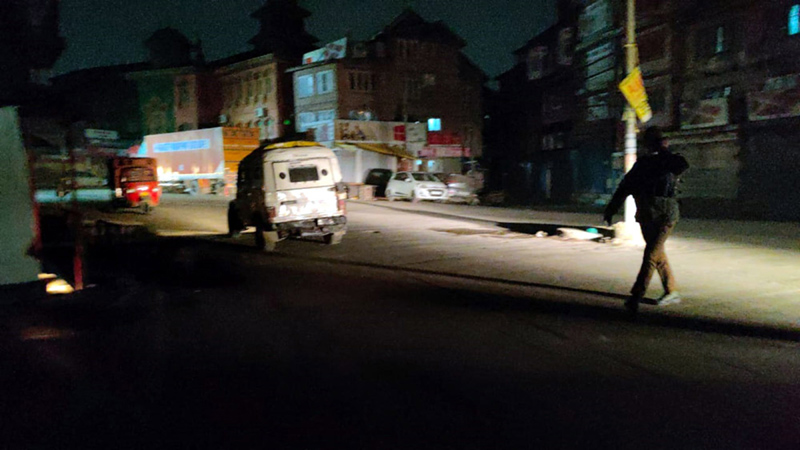 Srinagar/UNI: A civilian and a policeman were injured in a grenade attack in old Srinagar, Police said.

"Terrorists hurled a grenade upon a Police patrolling party at Saraf Kadal area of Srinagar. In this terror incident, Police personnel SgCt Mehraj Ahmad and a civilian identified as Sartaj Ahmad Bhat, resident of Saraf Kadal, received splinter injuries. Both the injured were shifted to hospital for the treatment of their injuries, where their condition is stated to be stable,” a police statement said.

Senior Police officers immediately reached the "terror crime spot", police said and added that area has been cordoned and search in the area is going on.

A case has been registered in this regard under relevant sections of law and investigation is in progress, police added.