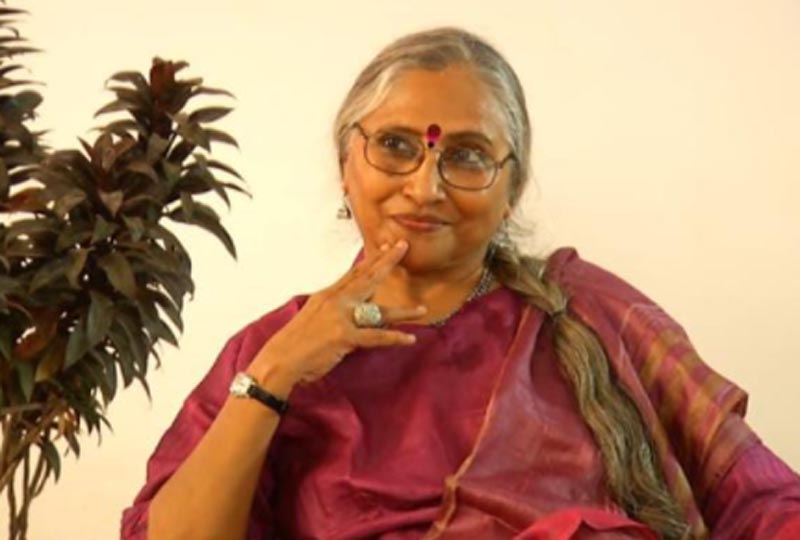 According to reports, Shaoli Mitra, the daughter of Bengali theatre icons- Sombhu Mitra and Tripti Mitra, died of age-related ailments.

Shaoli Mitra was widely known for playing the role of 'Bangabala' in Ritwik Ghatak's last film, Jukti Takko Aar Gappo (Reason, Debate and a Story) in 1974.

Mitra set up the theatre group Pancham Vaidik in 1983.

Shaoli Mitra will be remembered for her solo performance as Draupadi in Pancham Vaidik's first production- Nathabati Anathabat, which she wrote.

She also wrote a number of books on Bengali theatre, including Five Lords, Yet None a Protector & Words Sweet & Timeless, Lakshmi Jakhan Asbe, and Gononatya, Nobonatya, Sotnatya O Sombhu Mitra.

Mitra was awarded Sangeet Natak Akademi Award in 2003 for acting in Bengali theatre, Banga Bibhushan in 2012 for lifetime achievement in theatre, and Padma Shri in 2009 in Arts.

In 2006-08, she was at the forefront of the civil movement against the Left atrocities in Nandigram, and the Singur debacle.

After Mamata Banerjee and her Trinamool Congress (TMC) came to power in West Bengal, Mitra was appointed as the chairperson of Paschimbanga Bangla Academy in 2012.

Shaoli Mitra tendered her resignation from the post in January, 2018, but she returned to the position in July in the same year.