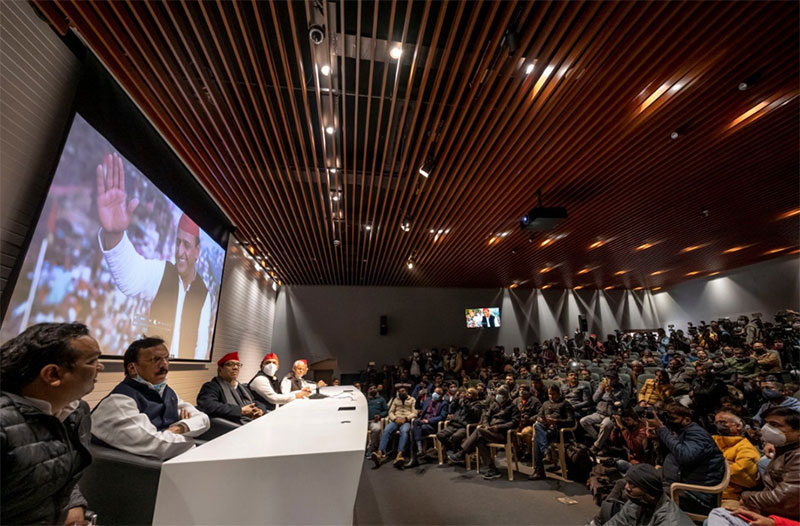 Lucknow/IBNS: A public meeting at its Lucknow office attended by hundreds has landed the Samajwadi Party in the soup just ahead of the Uttar Pradesh election.

The Election Commission has demanded an explanation for the gathering "in the name of virtual rally" in violation of COVID-19 curbs.

"Your explanation shall reach the Commission within 24 hours of receipt of this notice, failing which the Commission shall take appropriate decision in the matter without further reference to you," the notice to the Samajwadi Party general secretary read.

Uttar Pradesh will vote to elect its next assembly in seven phases between February 10 and March 7 with results on March 10.

Public meetings and rallies have been prohibited in the state till at least January 22 given the pandemic.

An FIR was lodged against 2,500 unknown Samajwadi Party members at the police station.

After a report by the Lucknow district magistrate into the violation of the Model Code of Conduct on Covid norms, directives were issued to place Gautam Palli police station in-charge Dinesh Singh Bisht into suspension with immediate effect, an official statement issued by the office of the UP Chief Electoral Officer said.

In the presence of its president Akhilesh Yadav at an event on Friday, former ministers Swami Prasad Maurya and Dharam Singh Saini, five BJP MLAs, and one from the Apna Dal (Sonelal), defected to Samajwadi Party