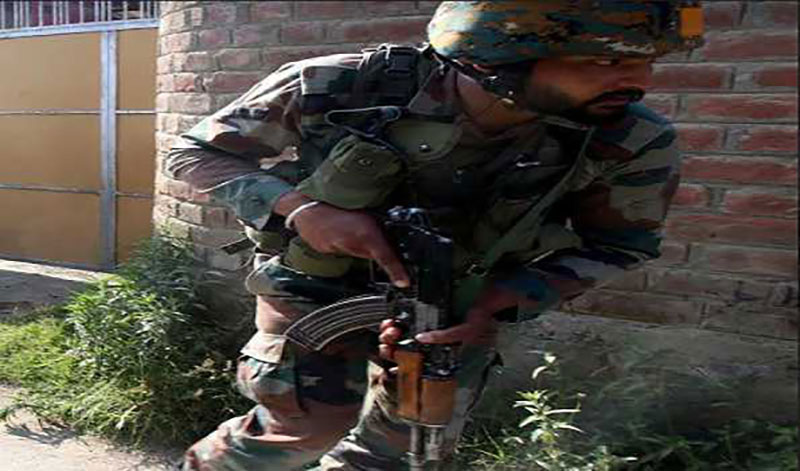 Srinagar/UNI: Security forces have called off the anti militancy operation in south Kashmir’s Kulgam that was launched on Wednesday evening and which left a policeman and a Pakistani militant dead, officials said on Thursday.

Three soldiers and two civilians were wounded in the gunfight.

"The operation at Pariwan village in Kulgam has been closed," a senior security officer said.

J&K Police on Thursday identified the slain militant as Babar Bhai of Jaish-e-Mohammad(JeM), who according to police was active since 2018 in Shopian and Kulgam districts.

"#KulgamEncounterUpdate: Killed JeM #terrorist identified as Babar bhai of #Pakistan, active since 2018 in the areas of Shopian-Kulgam. One AK rifle, one pistol and two grenades recovered..." a police tweet said

The gunfight erupted last evening when a joint team of Police, Army’s 34 Rashtriya Rifles and 18th battalion of Central Reserve Police Force launched a cordon and a search operation at Pariwan village in Kulgam against militants.

“Based on specific input an operation was launched. As the forces cordoned the suspected spot, the hiding terrorists opened fire indiscriminately triggering a gunfight. In the initial firing a policeman and three army men were wounded," a police officer had said.

The Selection Grade constable Rohit Chhib later succumbed to his injuries. The injured soldiers were shifted to Army's Srinagar based hospital.

This year 14 militants including top commanders of Lashkar-e-Taiba and Jaish have been killed in seven gunfights so far.