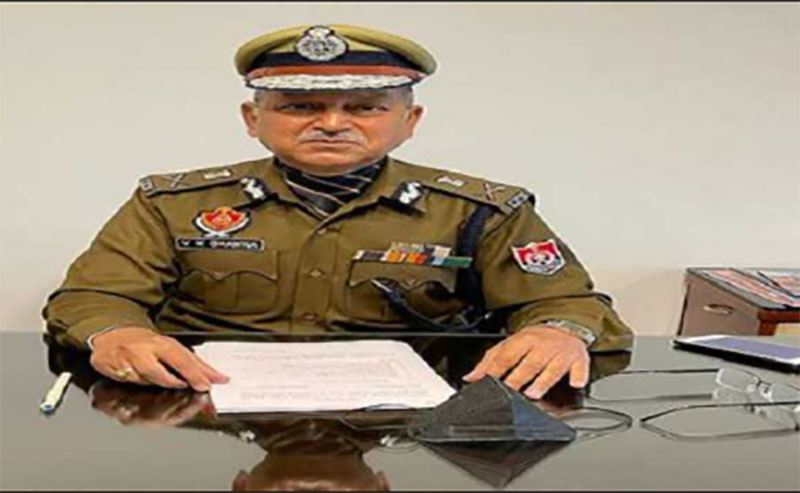 "On the consideration of the panel received from the Union Public Service Commission, the Governor of Punjab is pleased to appoint Viresh Kumar Bhawra, IPS as Director General of Police, Punjab (Head of Police Force)," the order issued by the state government read.

After assuming charge, the newly appointed Punjab DGP said the Punjab Police will ensure smooth conduct of elections during the upcoming assembly polls and in an inducement-free manner.

Apart from ensuring smooth elections, DGP Bhawra said his focus would be on eradicating the drug menace and terrorism from the state.

He added that people-centric policing and public service delivery are among his top priorities.

The DGP said the Punjab Police will make optimum use of technology for carrying out investigations of the various crimes.

Notably, Bhawra, a recipient of the Police Medal for Meritorious Service and President’s Police Medal for Distinguished Service, has served in the states of Punjab, Assam, and Intelligence Bureau in different capacities.

He was head of different wings of Punjab Police as DGP/ADGP - Intelligence, Provisioning and Modernisation, Information Technology and Telecommunications, Bureau of Investigation, Internal Vigilance and Human Rights, and Welfare.

He conceptualized the creation of the Bureau of Investigation and was posted as its first Director.

During his posting in the IT&T wing, he steered implementation of the CCTNS project and proactive use of social media by the Punjab Police.