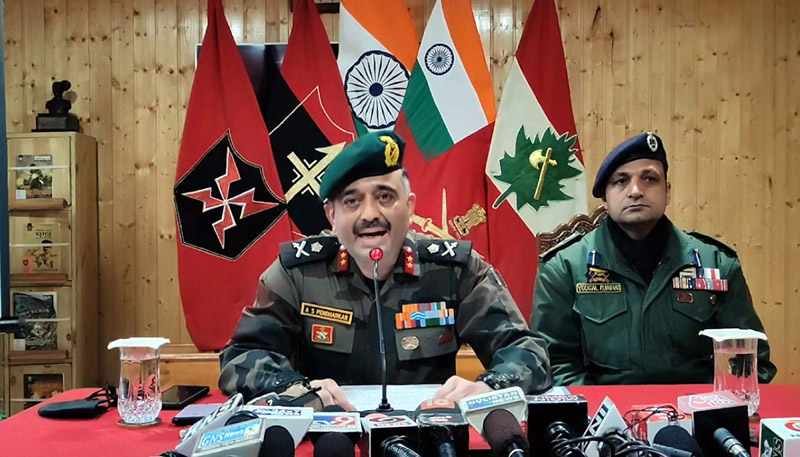 Srinagar/UNI: The Army on Sunday said they foiled an infiltration attempt by Pakistan Army's Border Action Team (BAT) when they gunned down a Pakistani intruder who was trying to sneak into the Indian side in Keran sector of Kupwara district.

Addressing a press conference in Kupwara, General officer Commanding of 28 Mountain Division Major General Abhijit Pendharkar said at around 3 pm on Saturday an infiltrator wearing a "pathani suit" and a black jacket was trying to enter into this side from across the border -- in a “complete breach of the ceasefire agreement”.

He said that a communication has been made to the Pakistani Army on hot-line to take back the body of the infiltrator.

Maj Gen Pendharkar said on Saturday the intruder was challenged and subsequently killed by the alert troops guarding the LoC. "This was a BAT action," he said adding, that in the swift action by troops, the infiltrator was gunned down.

He said the slain intruder has been identified as Muhammad Shabir Malik, a Pakistani national. “An Ak-47 rifle and seven magazines were recovered from him,” he added.

"A document showing the slain in an army uniform was also found in his pocket," he said adding, a vaccination certificate and an identity card were also recovered from him.

He said that the infiltration route chosen by the slain was the same as the one used by five armed terrorists last year in April, who were killed in the Keran sector.

The army officer said that there are continuous inputs about possible infiltration bids by terrorists in Keran and Kupwara sectors ahead of the snowfall, which would close the routes but the army was on alert and maintaining vigil to thwart all such plans.

This is the first major breach of ceasefire agreement since February in Kashmir.