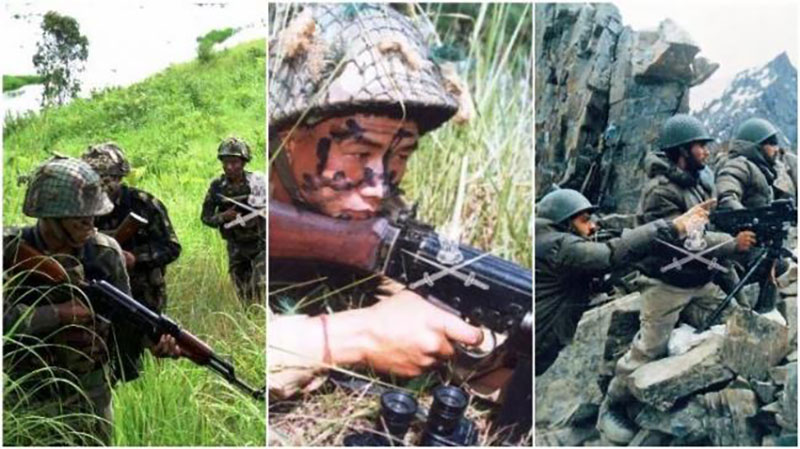 Guwahati/IBNS: Many tribal groups, civil society organizations, political groups of Nagaland have expressed anguish after the Ministry of Home Affairs extended the Armed Forces (Special Powers) Act for a period of another six months in the state.

Naga People’s Front (NPF) said the extension is a manifestation of the utter disregard the central government has for the voices of small states, particularly in North East India, considering that the Nagaland Legislative Assembly convened a special one-day session on Dec 20 to deliberate on AFSPA and the house had unanimously resolved to demand its repeal.

"This extension is an immediate aftermath of the December 23 meeting convened by Union Home Minister Amit Shah with Nagaland Chief Minister Neiphiu Rio and Assam Chief Minister Dr Himanta Biswa Sarma that also included Deputy Chief Minister Y Patton and the leader of the NPF legislature TR Zeliang wherein, the Centre instituted a committee to examine the withdrawal of the AFSPA in Nagaland, is a case of further insult to injury," the NPF said in a statement.

The NPF further said the NPF is committed to removal of Disturbed Area act and AFSPA from the all the Naga area and affirm that it shall continue to pursue all democratic means to achieve the same and it will not stay idle till the Central government reconsider its decision.

On the other hand, Konyak Civil Society Organizations (CSOs) called the extension of AFSPA in Nagaland a total violation of human rights.

"The declaration for extension of AFSPA is a calculated sign that undermines human dignity and value while the Konyaks are crying for justice.

"Tagging the region as disturbed when its people have totally denounced any forms violence and was yearning for peace. The integrity of the nation cannot be achieved without people’s support and confidence," Konyak CSOs said in a statement.

"The Konyak CSOs stand by the demands that had been placed in its 4 point chartered of demand. Accordingly it had resolved to place its entire faith & responsibilities upon the state government in voicing/bringing justice as demanded by the people. Improvement or deterioration of the current/prevailing situation solely lies upon the seriousness of the state government," the Konyak CSOs said.

The Konyak CSOs have strong faith upon opposition-less governments in fast tracking the process for a peaceful solution through justice and the Konyaks alone shall not be held responsible for any untoward situation that may arise in future.

On the other hand, Naga Students’ Federation (NSF) – an influential students’ body of Nagaland also opposed the Centre’s decision for extending AFSPA for another six months in the state and said that it is an insult to Nagas at this time of grief.

"It is another attempt to rub in more salt to the already hurtful wounds caused by the botched army operations at Oting. Going by the adamant attitude of the GOI, the Naga people must be prepared to face them head on this New Year.

"The NSF outrightly rejects the notification and the state government should also do so based on the resolution adopted at the recently concluded Special session of Nagaland Legislative Assembly," NSF president Kegwayhun Tep and general secretary Siipuni Ng Philo said.

The Naga Students’ Federation further said the NSF will come all out against the notification through a series of democratic agitations, the nature of which will be decided in the emergency presidential council meeting of the federation.

Even as continuous protests in Nagaland demanding the repeal of AFSPA, the Centre on Thursday declared the entire Nagaland as ‘Disturbed Area’ for six more months.