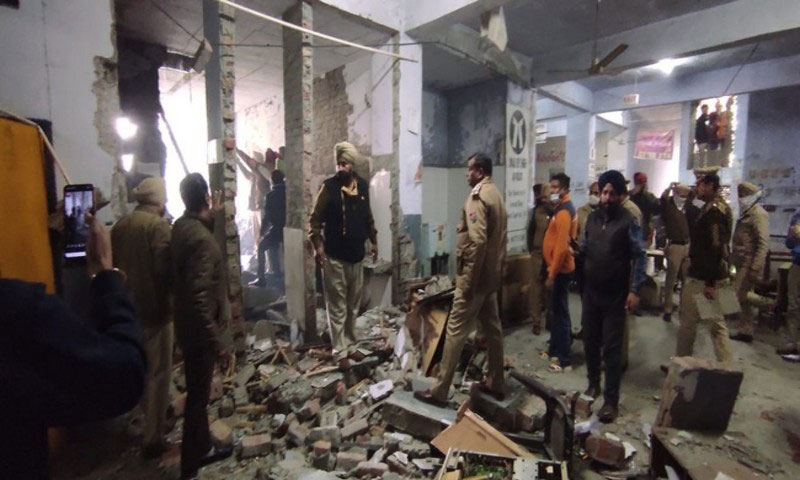 New Delhi/UNI: The National Investigation Agency (NIA) will probe into the recent Ludhiana blast case, which is suspected to be part of a larger cross-border conspiracy to disturb peace in Punjab ahead of assembly polls, sources in the intelligence set-up said on Friday.

After registering the case, the NIA team will go to Germany to question Jaswinder Singh Multani who was recently picked up by German authorities following an Indian request.

Multani is believed to be the prime accused in the Ludhiana court complex blast case and he was also hatching a conspiracy to carry out similar activities in other Indian metro cities, sources said.

The NIA will look into the role played by pro Khalisan outfit SFJ operating from foreign soil and acting in conjunction with the ISI to disturb peace in Punjab ahead of the assembly polls.

India will also attempt to bring Multani back to the country using diplomatic channels.

"Multani used his links in Pakistan to supply explosives etc to Punjab via international borders," sources in the intelligence establishment told UNI earlier.

In the run up to the investigation of the Ludhiana blast, more arrests are likely to take place in the near future, sources said adding the details are confidential in nature.

Multani is said to be a resident of Hoshiarpur in Punjab and developed proximity with Sikh For Justice founder Gurpatwant Singh Pannu, who is actively involved in pro Khalistan secessionist activities from Europe.

Earlier, Punjab Police managed to crack the Ludhiana court bomb blast case in less than 24 hours after zeroing in on the identity of the deceased, Gagandeep Singh.

Suspecting external angles in the case as the alleged accused had links with pro-Khalistani elements, Punjab Director General of Police Siddarth Chattopadhyaya on Saturday said the role of Pakistan-based Pro-Khalistani elements in the act is being probed. The DGP said police are investigating this case from all possible angles.

"Preliminary investigations suggest that accused Gagandeep could have developed links with pro-Khalistan elements in Ludhiana Jail. His Khalistani links could have used him to target the court premises with the intention to disturb the peace in the state," Chattopadhyaya said.

The DGP hailed the efforts of his force that joined efforts with the Intelligence and central agencies to crack the case. The blast in the district courts complex in Ludhiana, which took place on December 23, rocked poll-bound Punjab.

A day later Union Law Minister Kiren Rijiju rushed to Ludhiana to take stock of the situation. He said Prime Minister Narendra Modi was taking keen interest in the case and "everything was above politics".

Chief Minister Charanjit Singh Channi said "none will be spared".